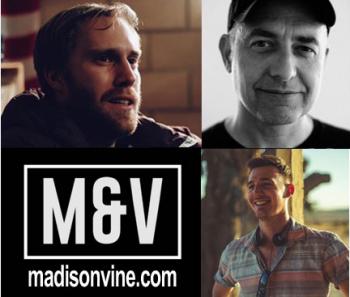 Madison + Vine, a bi-coastal content studio, announced that it has signed with several new sales representatives including Mischief, Collective Management and Apostle. The company also announced the launch of its new management division with the signing of four new directors for commercial and TV/film work: Jack Driscoll, Jesse Harris, Jack Naylor and Joylon Watkins.

“This signals exciting growth for Madison + Vine,” said Madison + Vine CEO and founder James Shani. “Driscoll, Harris, Naylor, and Watkins will be powerful additions to our talent roster, and we look forward to our new partnership with these brilliant reps leading into our second year in business.”

Becky Jungmann and Allie O’Brien with Mischief represent Madison + Vine on the West Coast, while Marni Halliburton and Sean Sullivan with Collective Management serve the Midwest and Carl Forsberg and Justin Lasoff with Apostle will focus on the East Coast. The representatives will introduce Madison + Vine directors to larger set of opportunities that agency partners can provide.

The signing of the new representatives also coincides with the studio inking four new directors to its already impressive roster of talent.

Jack Driscoll is an award-winning, UK-based filmmaker who made his debut with televised documentaries and gained recognition for his unique ability to fuse highly visual creative language with original and touching storytelling. He has worked on commercials for brands like Adidas, Red Bull, Google and New Balance. 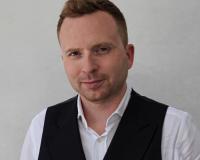 Madison + Vine, a bicoastal content studio, today announced the appointment of Richard Robinson as its first executive producer. Robinson will be responsible for growing the two-year-old company’s talent roster of directors, as well...