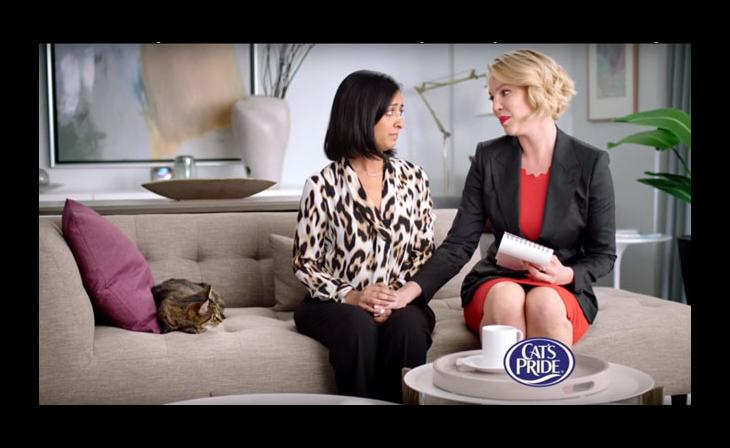 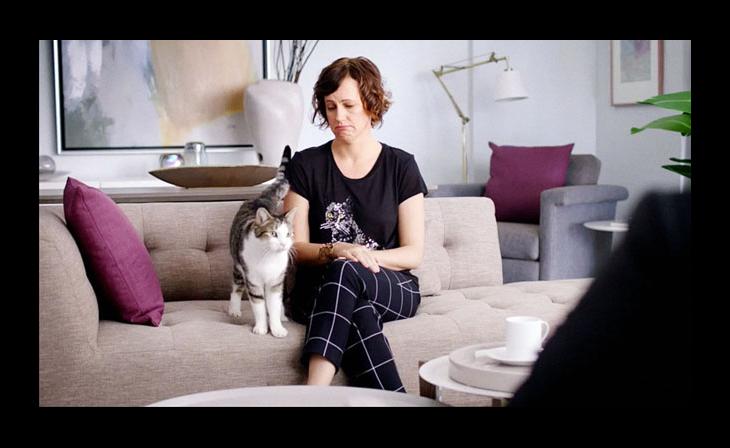 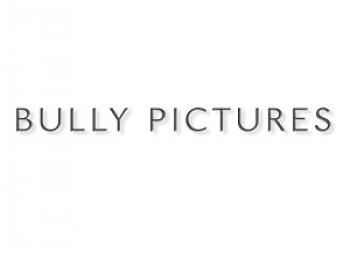 In a campaign for new Cat’s Pride® Fresh & Light Ultimate Care® to launch its new, lightweight litter, Emmy Award-winning actress Katherine Heigl stars as a couples therapist with an uncanny talent for resolving relationship issues between pet owners and their cats. Four tongue-in-cheek spots were produced by Chicago-based agency Magnani Continuum Marketing in partnership with Bully Pictures, based in Santa Monica, and directed by Anne Fletcher, who previously directed Heigl in the hit comedy 27 Dresses. The campaign tagline is “Cats are Complicated. Great Litter is Simple.”

The spots feature Heigl as a recurring character—a cat/owner couples therapist—who helps owners have a more meaningful and positive relationship with their cats. She continually reinforces how using the best-performing Fresh & Light Ultimate Care® can reduce tensions all around and create healthier interactions between cats and their people. In one spot, a woman complains that her feline companion is “emotionally unavailable.” Heigl, interpreting for the cat, says that the problem is that the litter box too dusty. She suggests Cat’s Pride Fresh & Light Ultimate Care as the antidote to domestic discord. In another spot, Heigl explores “communication issues” between a man and a cat named Tiffany, and concludes “she wants a better smelling litter box.” Again Cat’s Pride Fresh & Light Ultimate Care is the solution.

"We loved this concept because it plays with the interesting and very real tension that exists between cats and their people, especially around litter box issues. And, of course, we all want to know what these complicated creatures are really thinking,” says Justin Daab, president of Magnani Continuum Marketing. "As you see in the spots, the good news is that Cat's Pride—with a little help from Ms. Heigl—can help solve the litter box tensions. As for the rest of relationship, well, it's obviously still up in the air as to who's in charge."

Heigl is a natural choice as a Cat’s Pride spokesperson. Along with being a gifted comedic actress, she is an animal advocate and co-founder and CEO of the Jason Debus Heigl Foundation™, a non-profit organization, named for her late brother, that seeks to end the needless suffering of animals. “Her activism on behalf of animals aligns perfectly with Cat’s Pride’s interests in animal welfare,” adds Daab.

Anne Fletcher directs the spots with dry, deadpan humor. “We wanted to make it funny, while keeping the tone authentic,” she explains. “They’re serious therapy sessions only instead of husband and wife, it’s owner and pet…and the straight-faced therapist just happens to speak cat.”

In casting the pet owners, Fletcher looked for actors with strong improvisational skills. “Katherine has a wonderful talent for improv and I wanted to be sure that whoever was playing opposite her had that ability as well,” she explains. “Plus, when you have a cat on the scene, anything can happen, so we needed actors who were ready to go with the flow.”

This marks the first time Magnani Continuum Marketing and Bully Pictures have collaborated on a client campaign. Both the client and agency are pleased with the creative work, according to Daab. “Anne Fletcher was super creative and contributed great ideas,” he says. “We had a wonderful experience working with Bully Pictures. They were flexible, well organized and delivered a great product.”

About Magnani Continuum Marketing
Since 1985, Magnani Continuum Marketing has made it easier for organizations selling in highly technical and complex markets to deliver the most effective and seamless B2B and B2C traditional and digital brand experiences. With research, strategy, creative, digital and programming – all in house, right in our office – we offer the most integrated service-driven, creative agency experience, anywhere. More digital than advertising agencies. More strategic than digital marketing shops. More creative than management consultants. And a heck of a lot easier to work with than almost all of them. 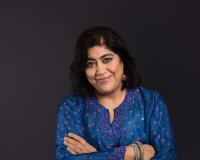 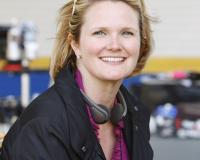 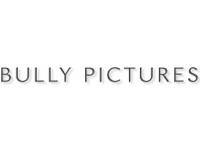 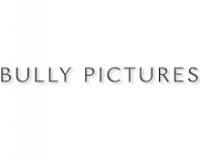