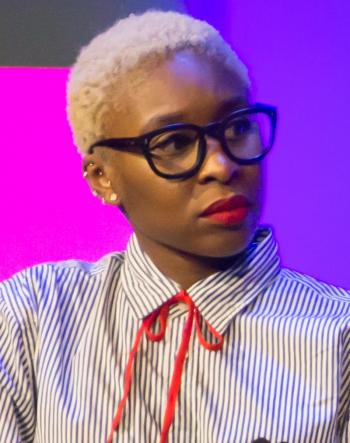 National Geographic, with Imagine Television Studios and Fox 21 Television Studios, announced that Tony®-, Emmy®- and Grammy® Award-winning Cynthia Erivo (“Harriet,” Broadway’s “The Color Purple”) will star as Aretha Franklin in the next installment of the Emmy-winning global anthology series Genius: Aretha. This upcoming season will be the first-ever, definitive and only authorized scripted limited series on the life of the universally acclaimed Queen of Soul. Filming will start this November for a spring 2020 premiere on National Geographic channels in 172 countries and 43 languages.

The production will feature many of Franklin’s biggest recordings and hit songs from the comprehensive Warner Music catalogue, including “I Never Loved a Man (The Way I Love You),” “Chain of Fools,” “Don’t Play That Song,” “Since You’ve Been Gone” and “Baby I Love You.” In addition, the series will feature Franklin’s performances of “I Knew You Were Waiting for Me,” “Freeway of Love” and “Sisters Are Doin’ It for Themselves.” Erivo will also be performing many of the songs from Franklin’s rich catalogue.

“Aretha Franklin has been a source of inspiration for me since I was a little girl,” said Erivo. “Her strength, passion and soul are evident in her everlasting legacy, not only as a transcendent artist, but as a humanitarian and civil rights icon. To have the opportunity to bring her legacy to life and show the fullness of her being, her humanity and brilliance, is an honor. What I know and have learned about what my voice, as an artist, can do and the power in it has been highly influenced by Franklin. I feel privileged and excited to be a part of the sharing of her genius.”

“Cynthia Erivo blew me away. Not only is she an incredible and bona fide star, but she is soulful and has tremendous depth as a musical artist,” said Brian Grazer. “Cynthia is the perfect person to portray the profoundly human story behind the genius that is Aretha.”

Ms. Franklin’s niece Sabrina Owens said, “For GENIUS to honor Aretha is a great affirmation of her legacy, and Cynthia Erivo is an extraordinary talent with an amazing voice!”

“The fabulously talented Cynthia Erivo is dream casting to play iconic musical genius Aretha Franklin,” said Carolyn Bernstein, EVP, global scripted content and documentary films, National Geographic. “On the heels of her Tony Award-winning turn in ‘The Color Purple’ and breakout performance in upcoming feature film ‘Harriet,’ we can’t wait to see Cynthia bring her fierceness to the role as the Queen of Soul.”

Erivo is a Tony-, Emmy- and Grammy Award-winning actress who burst onto West End and Broadway stages in “The Color Purple” and has taken the big screen by storm. Erivo will next star in Kasi Lemmons’ “Harriet,” in which she will bring the legacy of Harriet Tubman to the big screen. On the television side, she will star in the HBO series “The Outsider,” based on the Stephen King novel of the same name. Erivo will also star alongside Daisy Ridley and David Oyelowo in the anticipated sci-fi thriller “Chaos Walking,” from director Doug Liman, and in John Ridley’s “Needle in a Timestack” alongside Orlando Bloom, Freida Pinto and Leslie Odom Jr. In addition, Erivo is set to executive produce and star in Warner Bros.’ musical take on the American folk tale of “Rip Van Winkle.”

GENIUS dramatizes the fascinating stories of the world’s most brilliant innovators, exploring their extraordinary achievements along with their volatile, passionate and complex personal relationships. The third season of the anthology series will explore Franklin’s musical genius and incomparable career, as well as the immeasurable impact and lasting influence she has had on music and culture around the world. Grammy Award winner Franklin was a gospel prodigy and outspoken civil rights champion and is widely considered to be the greatest singer of the past 50 years, receiving countless honors throughout her career.

Without knowing how to read music, Franklin taught herself to play the piano; at the young age of 12, she began to record songs and sing on gospel tours with her father. She signed her first record deal at age 18 with Columbia Records. In 1966 she moved to Atlantic Records, where she recorded many of her most iconic songs. In 1979 she began a 40-year friendship and partnership with Clive Davis, which produced a number of hit songs, including the highest charting and bestselling song of her career, “I Knew You Were Waiting (For Me),” a duet with George Michael. The legendary singer is one of the world’s bestselling musical artists of all time, with more than 75 million records sold globally during her career. Her voice was identified as a “natural resource” by her home state of Michigan.

Imagine has a history of creating timeless and culturally impactful films, shows and documentaries in the world of music, including the Academy Award-winning film “8 Mile,” the Grammy Award-winning documentary “The Beatles: Eight Days a Week — The Touring Years,” the critically acclaimed documentary “Pavarotti” and Emmy-winning television drama “Empire.” The company also produced the film “Get on Up” about James Brown, and many documentaries, including “Jay Z’s Made in America,” “Katy Perry: Part of Me” and “Once Were Brothers: Robbie Robertson and The Band.” Imagine is currently in production on the Hulu series “Wu-Tang: An American Saga” and the sixth season of “Empire”; it is also developing a film version of the musical “tick, tick … BOOM!” with Lin-Manuel Miranda directing, and a documentary about legendary musician Louis Armstrong. 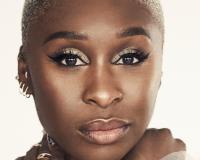 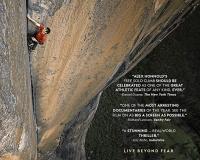 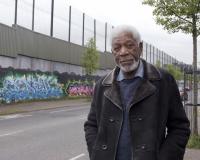 MTI Film recently provided final post-production services for The Story of Us with Morgan Freeman, a six-part documentary series on National Geographic. The facility handled editorial conforming and color grading for the series in which...

When wildlife cinematographer Danny Schmidt plunged into Colombia’s remote Magdalena River Valley earlier this year to document the plight of the critically-endangered brown spider monkey in a project for National...