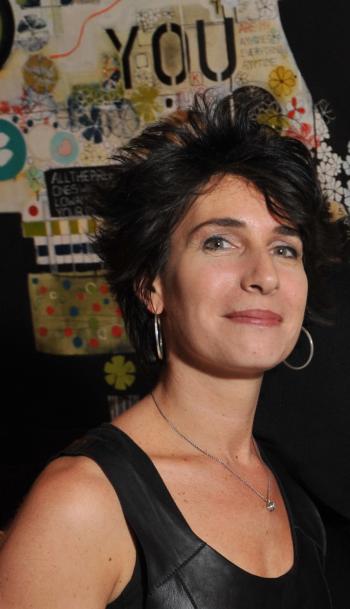 Nomad's New York EP/Partner Jennifer Lederman.
NEW YORK and LOS ANGELES
--(SPW)--
Nomad Editing Company (www.nomadedit.com) has welcomed Executive Producer and newest company Partner Jennifer Lederman to lead and expand the New York office. Lederman joins Nomad from BlueRock, where she served as Vice President/Managing Director. She brings with her agency experience at FCB and J. Walter Thompson, as well a tenure at well-known post production company, Red Car.
“We are really excited that Jennifer is joining the Nomad team and sharing her talent with us,” says Nomad Partner/Editor Tom Muldoon. “Her history in the business and her reputation are undeniable. Her skill for developing and nurturing top-notch talent throughout her career as a result of her playful yet astute business sense has earned her many loyal fans along the way. I’m confident that she is going to bring a new wave of A-list work and talent to the company.”
“Speaking on behalf of myself and all of the Nomad Partners, we feel so fortunate that we met Jennifer,” adds Nomad Partner/Editor Glenn Martin. "We are so pleased to welcome her as the newest Partner to Nomad. She is already an integral part of the company. We're confident that she will boost our New York presence with her stellar reputation and connections.”
Lederman is well-known in the creative editorial community as an EP who has a long range vision and gets the job done. She began as a Business Manager working on national accounts at two of New York’s most prestigious ad agencies – FCB and J. Walter Thompson. Her next move brought her to the postproduction side of the business where she rose steadily through the managerial ranks of Red Car to become National Managing Director and oversaw five offices nationwide. During her time at Red Car, Jennifer created a successful Design & VFX Division. In 2010, Jennifer joined BlueRock as Vice President/Managing Director where she managed teams working on national and international campaigns for a variety of brands. Jennifer is a Board Member of AICE, a past member of NYWIFT, and an avid kick boxer.
“Becoming part of the Nomad team was an incredibly easy and exciting decision,” concludes Lederman. “The company’s reputation and their work has inspired me throughout my career. I’m actually star-struck over the Editors and reels I now represent. At this point, becoming a Partner was a career goal for me, and doing that with the L.A. team of Tom, John, Glenn, Scott and Jared, who have successfully established and maintained such a fun, supportive and creative company is a dream come true. I’m looking forward to continuing that tradition in New York, in addition to growing the team here. Our first, newly signed New York Editor will be announced shortly, and we’re working on making very strong additions to the roster this year.”
About Nomad
Nomad has built a reputation as a leading editorial company with integrated VFX and Sound Design. Anchored by Partners Tom Muldoon, John Murray, Glenn Martin, Scott Carleton, Jared Coller; and now Jennifer Lederman, Nomad has worked with top talent from the international advertising industry, including agencies such as Wieden + Kennedy, CP+B, TBWA\Chiat\Day, Deutsch, BBDO, mcgarrybowen, Goodby Silverstein & Partners and Fallon. The Nomad team has collaborated with noted Directors such as Joachim Back, Dayton/Faris, Stacy Wall, Tim Godsall, Kinka Usher, Mark Romanek and Guy Ritchie. Nomad has a strong relationship with Bruckheimer Films and worked on feature films with DreamWorks, Disney, Warner Brothers and Fox. All of Nomad’s Editors are available to work in New York and L.A.
www.nomadedit.com
Contact: 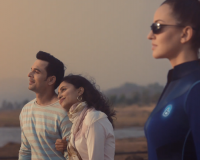 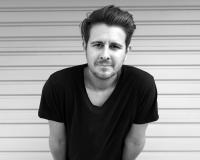 Nomad is pleased to announce the signing of editor Nate Cali to its roster. Nate, who will be based out of the Santa Monica office, has edited campaigns for clients including Nike, Reebok, Red Bull, Taco Bell, Capital One and Funny or Die. To... 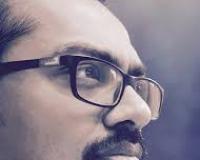 Right after adding new EP/Partner Jennifer Lederman to lead the New York office, Nomad is proud to announce the hiring of Editor Jai Shukla to its roster of talents and welcome him to the company as a Partner.