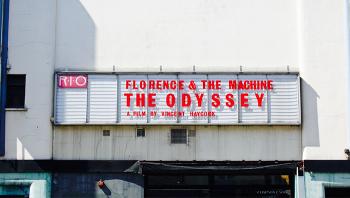 On April 24th the film The Odyssey, directed by Vincent Haycock via Park Pictures for Florence and the Machine, had its worldwide debut. The film, which stars Florence Welch, premiered in full April 20th at a live screening at London’s Dalston’s Rio cinema, followed by a global premiere April 24th online at http://florenceandthemachine.net/ and a live Facebook Q&A session. On May 4th, the film has its US theatrical premiere at Village East Cinema in New York City.

“The Odyssey, like the epic poem by Homer, is a journey,” says Haycock. “It’s Florence’s personal journey to find herself again after the emotional storm of a heartbreak,” the director adds.

Directed by longtime Welch collaborator Haycock, The Odyssey unites each of the visual film segments created for How Big How Blue How Beautiful—including highly cinematic Haycock-directed music videos “What Kind Of Man,” “St. Jude,” “Ship To Wreck,” “How Big How Blue How Beautiful,” “Queen Of Peace” and “Delilah.” The film which together comprise The Odyssey were released one-by-one in 2015 and 2016.

“Like the layers of Dante’s purgatory, each song or chapter represents a battle that Florence traversed and physical landscape that embodied each songs or story,” Haycock explains. “Its a metaphorical journey about escaping your demons, confronting yourself and returning to the original Florence, the dancer, the performer, the lover.”

Haycock previously worked with Florence Welch directing overwhelmingly popular music videos for ‘Sweet Nothing’ with Calvin Harris, as well as  ‘Lover to Lover.’

Critical praise for How Big How Blue How Beautiful:

“A sexy record that sticks to some familiar themes: a woman wrestling with lovers and emotions, often with biblical allusions, liquid-courage assists and a near-violent intensity…a magnificent bit of British brooding.”

npr  |  50 Favorite Albums of 2015
“There were already few singers who could match Welch for vocal power, but on songs like ‘Queen of Peace’ and ‘Long & Lost’ she lets pain mix with the pageantry and lands somewhere near the tarnished uplift of Rattle & Hum-era Bono”

“Florence + the Machine delivered one of the most galvanizing sets in recent festival history. Flame-haired singer Florence Welch…was something closer to warrior woman: an outsize physical presence who doesn’t so much sing as emit deeply emoted sounds out of some wellspring of the collective unconscious who commanded her space and demanded undivided attention. She was riveting.”

About Vincent Haycock
Haycock is an award-winning film, commercial and video director. In the clips realm, Haycock has directed award-winning videos for the likes of Florence and the Machine, Paul McCartney, U2, Lana Del Rey, Raffertie, Spiritualized and over nine videos for Calvin Harris. Haycock has received numerous nominations and awards for his music video work including an MTV VMA for Calvin Harris “Feel So Close”.

About Park Pictures
Founded in 1998 by Executive Producer Jacqueline Kelman Bisbee and acclaimed filmmaker/cinematographer Lance Acord, Bicoastal/London-based Park Pictures has an auspicious track record of discovering and mentoring new talent in both the commercial and film spheres, and infusing all projects with big screen production values. Park Pictures has forged strong partnerships with agencies, studios and clients worldwide by engaging all members of its team in creative problem solving.

Park Pictures has earned the highest accolades for their international work, including an Oscar®, an Emmy®, and 18 Cannes Lions. Lance Acord has earned three DGA nominations for his commercial work and newly-signed directing duo The Mercadantes received a 2015 DGA nomination. Known for their story-driven film work, Park Pictures has been selected for Creativity’s “Production Company A-List” for nearly ten consecutive years. In 2015, co-founder Jacqueline Kelman Bisbee was selected for the 2015 Cannes Lions Film Craft jury and Advertising Age's prestigious 'Women to Watch' honor. 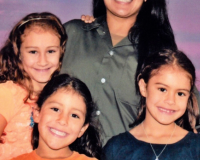 International production company Park Pictures’ critically-acclaimed documentary The Sentence was honored with a primetime Emmy nomination ahead of the 71st Primetime Emmy® Awards, to air... 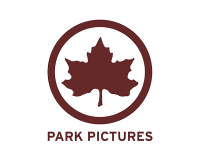 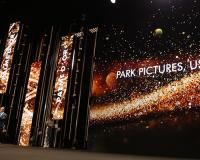 The Final Cannes Lions Awards Show of 2019 brings the Five-day Festival of creativity, Learning and Inspiration To Close
Friday, Jun. 21, 2019

The 66th Cannes Lions International Festival of Creativity came to a close this evening with the last Awards Show. It honoured the final winners from the Communication Track, alongside the Good Track, as well as special awards, celebrating the... 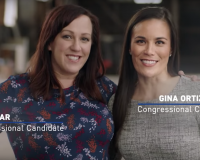 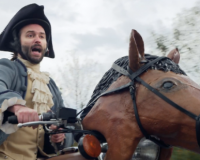 With the deadline to enroll for affordable health insurance fast approaching, Barton F. Graf, the Coverage Coalition and Get America Covered have turned to history's most famous yeller...