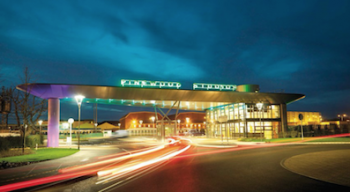 Pinewood Digital, the specialist front-end dailies division of Pinewood Studios Group, is a pioneering user of Daylight and recently extended its investment in the platform with new systems in both London and Atlanta. Daylight is the near-set dailies management tool from FilmLight, which embeds grading decisions to create high quality dailies and other deliverables.

Based at Pinewood and Shepperton Studios in the UK, and from a North American base in Atlanta, Pinewood Digital handles dailies on location across the globe for companies such as Disney, Lucasfilm and Marvel Studios. Following its participation in the beta test programme, Pinewood Digital bought its first Daylight licences as soon as the product was released in late 2015. Clients range from the biggest studios and blockbuster movies to independent production houses, television and even commercials. It provides a single-point service for ingest, archiving, grading and rendering for editorial and online review. To support this, it continues to invest in Daylight, now holding close to 20 licences.

“Before Daylight we had to build our own dailies tools, because there wasn’t anything on the market that did what we needed in a cost-effective manner,” said Thom Berryman, head of Pinewood Digital International. “We are big users of Baselight, and when we found out that FilmLight was developing a dailies tool, we were very interested.”

Colleague Luke Moorcock, technical projects supervisor at Pinewood Digital, emphasised the effectiveness of collaboration with FilmLight. “The two-way communication between us is always open. We put the Linux version through some tough tests, for instance, and if we have a new feature request we can get straight to the development team and explain precisely what we need and why.”

With Daylight, looks can be pre-set and loaded in advance, and it provides the full Baselight grading capability to help directors and DoPs establish looks and visualise their shots. In a single package Daylight imposes camera LUTs, accepts grading decisions, allows further look development and meets all sophisticated deliverables requirements, including syncing and playing back audio.

But the unique benefit of Daylight is that it is part of the FilmLight BLG render-free workflow, allowing grading and other creative decisions to be carried from one Baselight system to another via metadata, ensuring that the latest grade is always visible and all changes are captured. Much of Pinewood Digital’s projects go on to be graded on Baselight, but where other grading systems are used, metadata can be exchanged using the CDL format.

As well as grading information, Pinewood Digital use the metadata functionality of Daylight to carry ALE and EDL edit and asset management information. They can also derive from them when content needs to be sent to VFX houses for effects shots, with the appropriate resolution and codec automatically output.

“It quickly became obvious that there was much more power and functionality in Daylight than in anything we could build, which is why we made sure we were involved in the beta programme,” Berryman added. “In fact, it was one of our guys who said ‘Why are you calling this Baselight Dailies? Why not call it Daylight?’!”

Daylight 4.4m1 is currently available on the FilmLight web store. Version 5.0 of the software – which brings next generation colour to the dailies process, including the new primary grading operator for modern colour workflows and HDR, Base Grade, as well as tools that blur the line between traditional colour correction and VFX such as paint, perspective tracking, warping, depth keying, relighting and many others – will begin beta testing shortly. 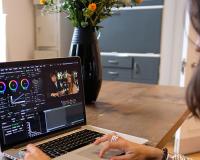 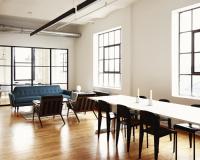 To help colorists, DoPs and the wider production and post industry understand the opportunities and challenges that HDR and new delivery formats bring, FilmLight has taken intensive and specialist masterclasses on a world tour.... 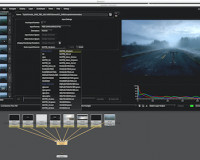 FilmLight, the leading colour science and grading specialist, is introducing a powerful new version of Baselight for NUKE at IBC2017 (Amsterdam, 15 – 19 September, stand 7.F31). The plugin for the leading VFX software from The Foundry has been... 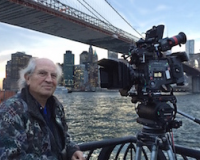 At NAB 2015, Chainsaw editor Randy Magalski and colorist Andy Lichtstein will demonstrate the unique “live and interactive” workflow they use to conform and color prime time television series in a special presentation sponsored by Avid and...