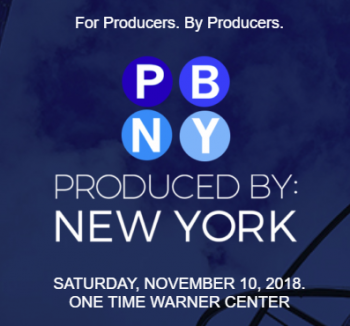 The Producers Guild of America (PGA) announced additional programming and speakers added to the line-up for the for the 5th edition of Produced By: New York. Film producer and PGA co-president Lucy Fisher has also been added to the growing list of renowned speakers, as well as Kevin Feige, Joi McMillon, John Penotti, Becky Read, Adele Romanski, and Tim Wardle, who will be joining the previously announced session series “Producing Masterclass: The Creative Collaborations.” This year’s program will include a new session, “Late-Night Laughs,” which represents Produced By: New York’s first delve into the city’s robust world of late-night. Produced By: New York 2018 will be held on Saturday, November 10 at One Time Warner Center in New York.

“Late-Night Laughs” features a discussion with executive producers and showrunners from established and upcoming shows about the unique challenges of producing the funny on different platforms. Chris Licht (Executive Producer and Showrunner, “The Late Show with Stephen Colbert”) will moderate the discussion, which to date includes: Jen Flanz (Executive Producer and Showrunner, “The Daily Show with Trevor Noah”), Mike Shoemaker (Producer, “Late Night with Seth Meyers”) and Prashanth Venkataramanujam (Co-Creator and Executive Producer, “Patriot Act with Hasan Minhaj”).

Reaching across film, television and new media, Produced By is an educational forum conducted by acclaimed producers, including numerous Oscar and Emmy award winners, as well as the next generation of creative entrepreneurs. It is specifically created by producers, for producers and features a broad range of programming, including workshops and networking events. No other event gives producers so many opportunities to network with and learn from top storytellers and decision-makers in the entertainment industry. Discounted early bird registration available now at ProducedByConference.com.

The 2018 Produced By: New York conference is made possible by The PGA Foundation, The Producers Guild of America’s charitable entity. The Produced By conferences are the cornerstone events that epitomize the Foundation’s core mission, to educate and inspire those working in the producing profession. To review highlights from previous conferences and receive news and the latest programming updates for Produced By: New York 2018, please visit the Guild’s official website and follow its social media channels for the event:

About THE PRODUCERS GUILD OF AMERICA (PGA)
The Producers Guild of America is a non-profit trade organization that represents, protects and promotes the interests of all members of the producing team in film, television and new media. The Producers Guild works to protect the careers of producers and improve the producing community at large by facilitating health benefits for members, encouraging the enforcement of workplace labor laws and sustainable production practices, creating fair and impartial standards for the awarding of producing credits, and hosting educational opportunities for new and experienced producers alike. 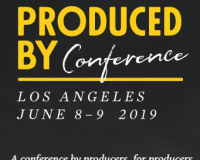 The Producers Guild of America (PGA) announced that the 11th edition of its Produced By Conference (PBC) is set for Saturday, June 8 and Sunday, June 9, and will take place at Warner Bros. on its historic studio lot in Burbank, CA. ...

The Producers Guild of America (PGA) announced today initial speakers for Produced By: New York 2017 (PBNY) which will feature sessions including  “Conversation With Anthony Bourdain & Lydia Tenaglia”;  “Future of...

The PGA’s 2016 Produced By Conference panel, “Social Change And The Box Office: The Potential Of Gender Parity, Diversity And Stem,” is sponsored by SAG-AFTRA with participation from the White House Office of Science and Technology Policy. Gender...