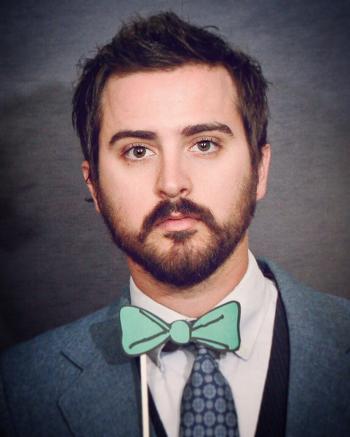 You might have heard the gossip at lunchtime yesterday, but sources have confirmed that accomplished commercial director Raúl B Fernández is officially going steady with a new production company, Cap Gun Collective.

After passing notes back and forth in science class for weeks, Cap Gun popped the question with a lovely promise ring that Raúl accepted, holding back tears of joy.

“We’ve had a crush on Raúl’s comedy chops since freshmen year, and have flirted with the idea of making it official for a while,” says Cap Gun Collective. “We have so much in common. We really fell in love with his sense of humor.”

Born in Buenos Aires, Raúl lived up and down the western hemisphere for much of his youth before attending the University of Southern California’s School of Cinematic Arts, where he received a Masters in film. He also graduated from the UCB School of Improv Comedy. It’s arguable which education was a better investment.

Fluent in all mediums including broadcast, web, mobile, and VR, Raúl has worked with brands such as Toyota, Chevrolet, Amazon, Johnnie Walker, Coca-Cola, Heinz, Captain Morgan, and Durex—and has won awards including a Cannes Lion and a D&AD Pencil.

When not working in the commercial world, Raúl collaborates with the musical comedy trio The Cooties. In July, Raúl and the boys were featured at Montreal’s famed “Just For Laughs” comedy festival as one of the select few “New Faces of Comedy.”

It’s easy to see why Cap Gun locked up this hunk. We are excited to see what comes of the new relationship this semester and beyond. Looks like we already know our vote for this year’s “Cutest Couple.”

When reached for comment, Raúl said, “I feel like the belle of the ball. Cap Gun loves me for me. I trust them and can’t wait to get busy… if you know what I mean.”

In addition to commercial work, Cap Gun also serves as Executive Producers on the sitcom TEACHERS, which airs on TV Land and is currently heading into its third season, and the company has several additional entertainment projects in development.

Cap Gun Collective is represented on the East Coast by Bespoke 360 and in the Midwest/ West Coast by Get Reehl/ Get Davis. 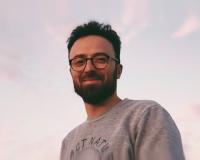 Commercial production company Cap Gun Collective is excited to announce the addition of Jake Kovnat to its roster for US representation. 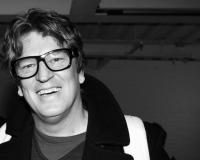 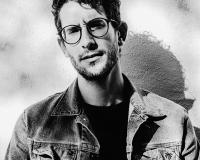 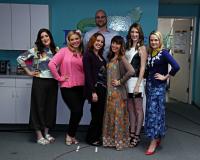 Over the past 15 years, Matt Miller has built a very successful career as a stage director in Chicago.  His critically acclaimed production of The Seafarer for Seanachai Theatre received four stars from the Chicago Tribune, two... 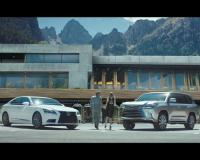