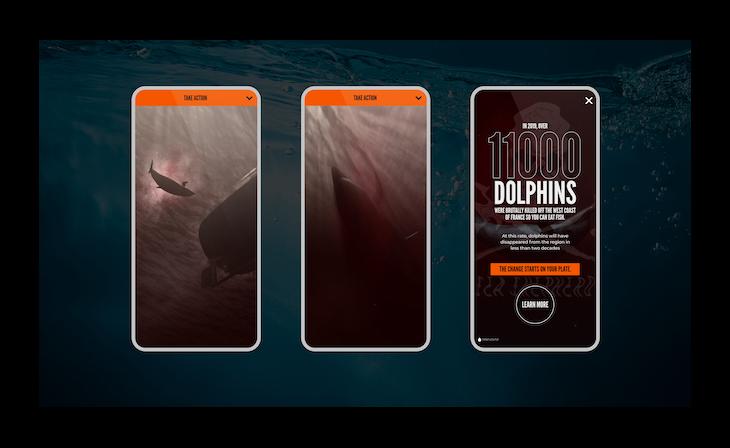 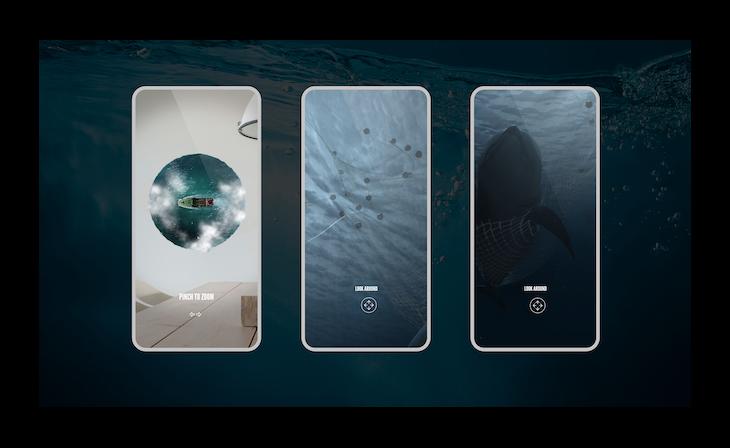 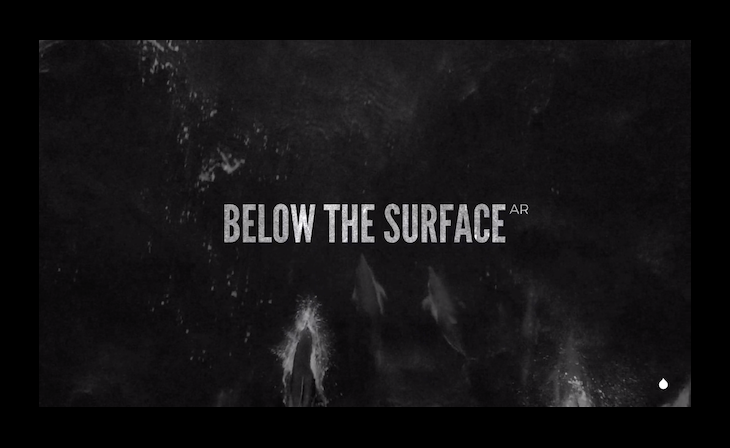 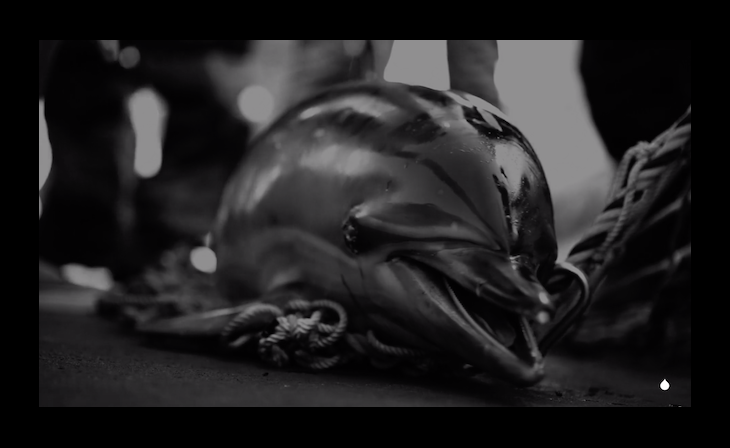 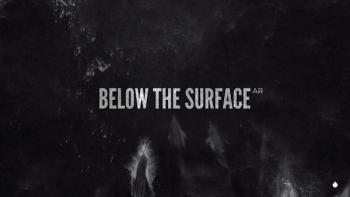 Bycatch—it’s a term coined by the fishing industry that means anything caught by fishing boats that isn’t the target species. That innocent-sounding word hides a brutal reality: billions of unwanted animals are slaughtered every year to put fish on your plate.

The figures are staggering. About 40% of worldwide fish catch is bycatch. Birds, turtles, dolphins, whales and countless other species are caught by fishing vessels and then dumped back into the ocean, dead or dying. In 2019 alone, over 11,000 dolphins were killed off the west coast of France. Although many have tried to raise the alarm bell about the issue, the problem is only getting worse.

Now, digital design and experience studio Resn and environmental non-profit Sea Shepherd have joined forces to create Below the Surface AR—a shocking augmented reality experience for mobile devices that aims to raise awareness by putting users at the center of the harsh reality of commercial fishing.

For the studio, this oceanic cause is a personal one. “Our goal is to shine a light on what bycatch really is: the systematic extermination of sea life,” says Rik Campbell, Resn’s Global Managing Director. “It’s the fishing industry’s dirty little secret and, for some reason, it’s all perfectly legal.”

Below the Surface AR transports you beneath the waves to experience the cost of bycatch for yourself. Zooming in from an Earth-eye view to the depths of the sea, the journey starts beneath the tranquil ocean before being disrupted by countless dolphins struggling in tangled fishing nets. Suddenly, a fishing boat begins thoughtlessly discarding bloodied, dead dolphins overboard—victims of bycatch. Visceral and affecting, the experience then provides links to online resources where users can learn more about the crisis or donate to the cause. “We’re using AR to transpose the ocean’s reality to your own,” affirms Resn Creative Director Simon Jullien.

Below the Surface AR is accessible from a web browser on most mobile phones. “We made it browser-based so there’s nothing to download,” says Jullien. “Unlike a native app, which can leverage existing AR platforms, we developed our own AR approach, Jelly, that could be used in a browser.”

Resn and Sea Shepherd hope the experience will make people think twice before they open a can of tuna or order fish and chips.

Below the Surface AR can be viewed on a mobile device by clicking here: https://belowthesurface.resn.co.nz/

About Resn
Resn is a global digital experience and design studio specializing in premium innovative web and mobile experiences. Resn has helped some of the world’s best-known brands to tell their stories, including adidas, Lexus, Spotify, Netflix, Airbnb and many more. Resn’s work has won over 300 international awards, including numerous Cannes Lions, Webby Awards, One Show, and D&ADs. Resn was twice named Awwwards Agency of the Year, was a CSS Design Awards Agency of the Year and is a member of the FWA Club 100 and the FWA Hall of Fame.