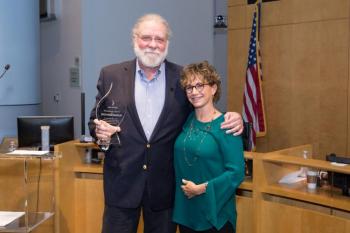 The SAG-AFTRA National Board of Directors overwhelmingly approved the creation of a Stunt Coordinator Minimum General Standards Eligibility Process Guideline during its regularly scheduled two-day plenary Oct. 20 and 21 in Los Angeles.

The program, set to launch in 2020, will permit prospective stunt coordinators to apply for inclusion on SAG-AFTRA’s online registry after demonstrating that they have completed 500 working days. The program also includes a volunteer mentoring program and an apprentice coordinator program.

SAG-AFTRA President Gabrielle Carteris said, “The development of the Stunt Coordinator Minimum General Standards Eligibility Process Guideline is a landmark achievement that will enhance skills training and ultimately help employers ensure set safety. I want to congratulate the stunt community and in particular National Stunt Committee Chair Cort Hessler for their help in developing this program. ”

Carteris continued, “I also want to congratulate the Sound Recording Code and Animation Contract negotiating committee members and staff on their great work in bargaining strong contracts with meaningful gains for members working in these evolving spaces.”

SAG-AFTRA National Executive Director David White said, “I want to acknowledge the dedicated work and leadership of President Carteris, our negotiating committee leaders and staff, and the national board of directors. Solidarity, strong contracts and safety on the job are the foundation of our union’s promise to its membership and the board’s actions approving these tentative agreements and establishing the stunt coordinator program are extraordinary achievements.”

Highlights of the TV Animation Contracts deal include:

The TV Animation Contracts cover animated programs produced for television, including network television, basic cable and streaming platforms such as Hulu, Netflix and Amazon Prime. The new deal will continue through June 30, 2020.

Highlights of the Sound Recording Code include:

Following the board’s approval, both agreements will now go to the union’s membership for ratification. In keeping with the board’s prior policy resolution, the national referendum for the TV Animation Contracts and the Sound Recordings Code will be conducted via an online vote to ratify the contracts.

Traditional paper ballots will also be available on request to any eligible voter who asks for such a ballot. Members who are eligible to vote will receive a postcard with ballot instructions explaining how to vote electronically or how to request a paper ballot.

Informational meetings will be scheduled for members across the country to discuss both tentative agreements. Information about the agreements will also be posted online prior to the balloting period.

The National Board also received reports including:

Carteris also reported on the recent International Federation of Actors (FIA) executive council meetings and Symposium on the Artist held in Tokyo, Japan. She and White delivered presentations to a global audience of more than 500 actors, industry officials, politicians, media representatives and others.

EVP Damon reported on the various technology demonstrations viewed at Carnegie Mellon University including a presentation on facial expression recognition AI software used in the development of robotic tutors and other tools and their potential impacts on our industry.

Damon also reported that the union is developing a number of innovative technology applications that will enhance industry engagement and member service.

White provided a confidential report on the union’s strike against BBH.

He updated the board on operations and was was joined by Chief Economist David Viviano who reported on several key performance metrics, illustrating continued membership and earnings growth.

White also announced the creation of the Center for Business Innovation, headed by Chief Technology and Innovation Officer Daniel Inukai who briefed the board on several technology enhancements in development now.

The board received a finance report from Secretary-Treasurer Jane Austin and Chief Financial Officer Arianna Ozzanto. Austin and Ozzanto reported that fiscal year 2019 first quarter results are on plan and tracking to budget.

About SAG-AFTRA
SAG-AFTRA represents approximately 160,000 actors, announcers, broadcast journalists, dancers, DJs, news writers, news editors, program hosts, puppeteers, recording artists, singers, stunt performers, voiceover artists and other entertainment and media professionals. SAG-AFTRA members are the faces and voices that entertain and inform America and the world. A proud affiliate of the AFL-CIO, SAG-AFTRA has national offices in Los Angeles and New York and local offices nationwide representing members working together to secure the strongest protections for entertainment and media artists into the 21st century and beyond. Visit SAG-AFTRA online at sagaftra.org. 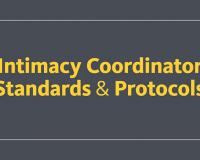 SAG-AFTRA Unveils Landmark Industry Standards and Protocols for the Use of Intimacy Coordinators
Wednesday, Jan. 29, 2020

SAG-AFTRA on announced a major milestone in its ongoing work to promote the on-set safety and dignity of its members.

SAG-AFTRA’s new “Standards and Protocols for the Use of Intimacy Coordinators” provides a framework for the use of...

SAG-AFTRA today announced that it has finalized planning for its new digital media facilities and on-camera lab located at the national headquarters office at SAG-AFTRA Plaza in Los Angeles.

The facilities will include additional...

“While this half-measure is a step forward in protecting the personal safety of and reducing employment discrimination for transgender people, in revising its birth name policy, IMDb admits to invading the privacy of performers and putting them...