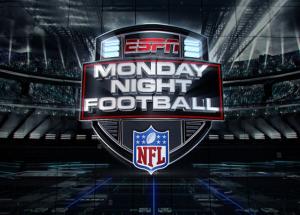 Big Block worked as a creative collaborator with Spike Szykowny, Senior Director of Motion Graphics for ESPN, and his team to evolve the look and feel of Monday Night Football. The Emmy®-winning package included an anticipation-building show open, plus new graphics, animation, and Team History bumps, along with a reimagined MNF shield logo from ESPN and Big Block. These visual touch points were also integrated throughout the gameplay broadcast for consistency.