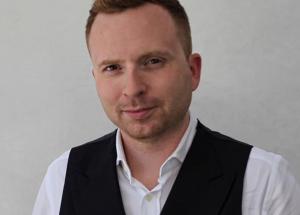 Madison + Vine, a bicoastal content studio, today announced the appointment of Richard Robinson as its first executive producer. Robinson will be responsible for growing the two-year-old company’s talent roster of directors, as well as building its agency relationships. Robinson joins from LA production company D1STR1CT, part of international production company Casta Diva Pictures, with offices around the world. Robinson was executive producer and managing partner at D1STR1CT—working with brands including Nike, P&G, Samsung, Fiat and Lexus.

“Richard has worked with some of the top directors and agencies in the business. He’s a talent magnet with a uniquely global perspective that will drive our expansion as we broaden our scope beyond the US,” said Madison + Vine CEO and founder James Shani.

Born and raised in Italy, Robinson moved to LA in 2006 and attended the Los Angeles Film School where he began working on indie feature films as an assistant director. He later worked on over 30 feature films, including the Oscar-winning movie, The Artist, for which he won the DGA Award. Eventually, Robinson shifted his focus to commercial production and began working with various LA-based production companies such as Epoch Films, Anonymous Content, Biscuit and Caviar.

“The coolest thing about Madison + Vine is it’s a production company with a vibe that’s more like Silicon Valley, where everyone has a seat at the table to come up with creative solutions for our brands and agency partners,” said Robinson. “I look forward to growing our pool of talent and working with like-minded agencies,” he added.

The appointment follows significant momentum for Madison + Vine. The studio has quickly garnered success producing work with agencies across the country and acting as a creative partner studio for world-class clients including Taco Bell, Samsung, Staples and Lady Gaga. Its mission of bringing Madison Ave + Hollywood together is reflected by its expansion to NYC, meaningful collaborations with emerging filmmaker talent, and recent projects that have successfully cultivated brand love.