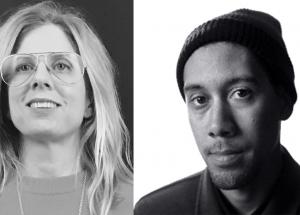 The Curatorial Committee, which reflects the post production membership of AICP, is the final arbiter of the 2018 AICE Awards. It reviews the top-scoring entries in all categories, as determined by rounds of online and live panel judging sessions conducted at AICP Chapters around the country. Upon review, the Committee selects those entries in each category that have achieved AICE Awards Shortlist status. From there, its members decide which entries have risen to the top and are declared category winners. Finally, the Committee selects a Best in Show from among the winners in all categories.

The competition’s craft categories are represented by colorists Luke Morrison of The Mill and Oscar Oboza of Nice Shoes. Also serving are audio engineers Tom Jucarone of Sound Lounge and Jeff Dittenber of Yessian Music, and VFX artists Anne Trotman of The Mill and Gong Myung Lee of Method.

“Once again, we’ve attracted a Curatorial Committee lineup for the AICE Awards that represents some of the best and most innovative talents working at independent post production companies today,” says Rachelle Madden, VP of Post Production and Digital Production Affairs for AICP. “We deeply appreciate their dedication to our industry and to upholding the high standards of the AICE Awards.”

The value of a juried competition judged by post production professionals is seen as an opportunity to focus more closely on the contributions of these artists in crafting compelling and effective pieces of communication. “Serving on the committee makes you step back and think specifically about editorial and post production,” says Consulate’s Jen Dean. “What did the editor or artist bring to the process? Was it the edit or the sound design or the VFX that truly elevated the spot? You need to really think this through and imagine how the process began.”

Beyond helping ensure the most deserving work is recognized across the breadth of the competition and selecting its prized Best in Show winner, committee members say they’re excited about other parts of the process as well. “I’m expecting to see a large amount of great work , get a deeper understanding of the workings of an awards committee and am looking forward to some good creative debates,” notes The Mill’s Morrison. “I'm hoping the experience gives me not only a greater appreciation behind the decision-making process when it comes to awards, but also the opportunity to make new relationships with the other committee members.” Adds Cosmo Street’s Gannon, “I’m looking forward to getting inspired by some awesome work.”

Those who’ve been part of the committee’s deliberations before say there’s a genuinely beneficial takeaway: “I enjoy hearing what the other members have to say, because often it helps you see the work in a new way,” says Dean. “It’s a difficult process, picking the winners, but collectively as a team – with all of our diverse backgrounds – I’m confident we’ll be able to make the best choices!”

The 2018 AICE Awards is the 17th annual post production competition, and the first under the auspices of AICP. It comprises 27 categories: 18 for editorial and nine for post production crafts including audio mixing, color grading, design, original music, sound design and visual effects. Winners will be announced at the AICE Awards Show on Thursday, May 10 at Unici Casa in Culver City, California. For more information on the event, click here.