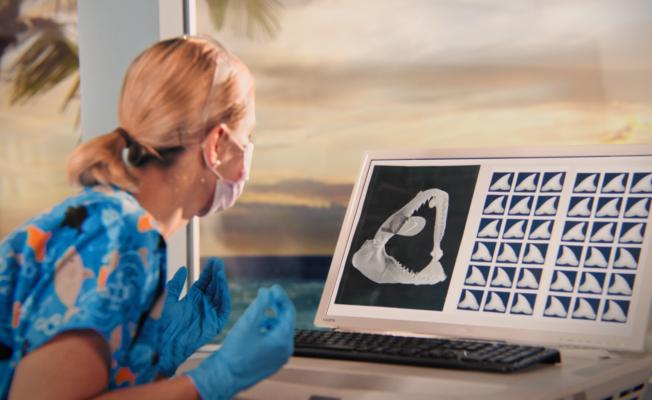 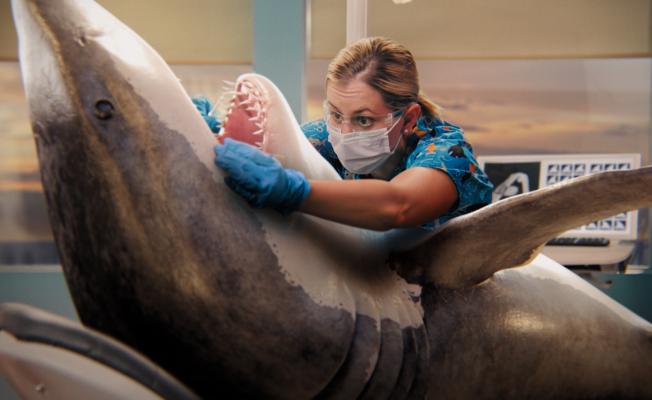 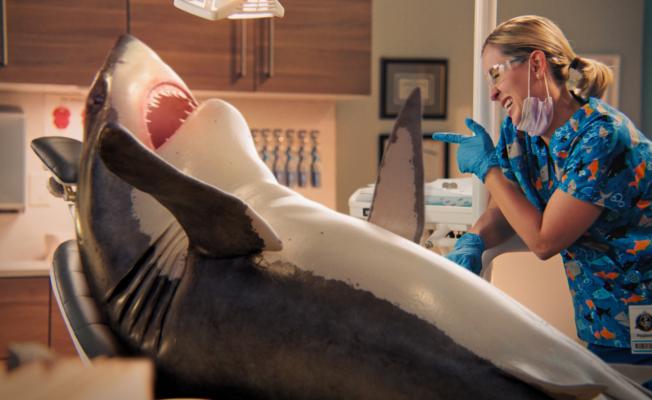 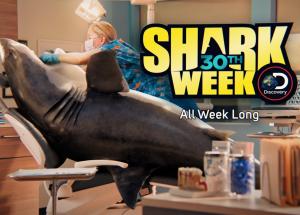 What do you get when you cross a leading oral health brand with the biggest TV event of the summer? For Crest and Discovery Channel, the answer is one rather unusual trip to the dentist, Shark Week style. In this clever, new brand integration courtesy of long-time collaborating agency 2C Creative (“2C”), a great white shark gets a seat in the dentist’s chair for an unforgettable CG-fueled teeth cleaning. Watch the custom vignette HERE.

2C, which has a rich history of producing innovative brand integrations, was tapped by Discovery to give life to a concept written and conceived by Michael Eisenbaum, Vice President, Branded Entertainment at Discovery Channel and Science Channel. The idea involved putting Shark Week and Crest together in a humorous, unique and attention grabbing custom vignette. The agency responded by leaning into a powerful combo of live action and CG to transport a shark into a very “human” scenario to which we all can relate.

“It’s always fun to pitch crazy ideas and when the client actually gives the greenlight to one them, you get that amazing opportunity to blow them away with execution,” said Eisenbaum. “We knew if we turned to 2C, they would do everything within their power to bring this concept to life at the level we needed for both Crest and Discovery Channel. And, boy, did they bring it!”

From the beginning, a key consideration was what the shark would look like. It was essential that this appear as realistic as possible (even though the scenario is impossible in reality). With the project requiring such a high level of CG and real-life integration, it was hard to visualize the finished product, so everyone needed to trust the arduous process and watch it slowly come together. That required a significant leap of faith that the 2C team would eventually get there.

“What I love about this project is that we were able to dream a little bigger, utilize every tool at our disposal and expand the typical limits of imagination in this space …bringing something fantastical to life with a blockbuster feel and yet a promo budget and timeline,” said 2C Live-Action/Creative Director Brian Eloe. “It’s pretty amazing getting to create a custom spot for this network and this type of sponsor that has this level of finish to it.”

“The live-action shoot had to be sensitive to our render-intensive Cinema 4D for modeling, animating, texturing and lighting, as well as the roto and composite work that would happen later in post,” said 2C Design Director Luis Martinez, who shepherded the design process alongside 3D Artists/Compositors Andy Fernandez and Dmitri Zavyazkin (who also handled the DaVinci color correction). Chris Volz served as the project’s Senior Editor. “The integration of the shark into the scene was a slow, deliberate process over a month involving some 40 hours of rendering for the final composited 10 shots, but the result was well worth it.”