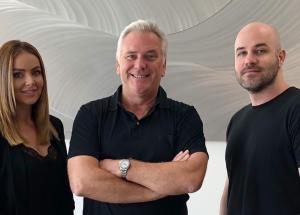 Owner/Executive Producer Lance O’Connor has been a pillar of the ad industry for decades. From co-launching the agency American Rogue to co-founding the production company Aero Film (not a year later), Lance has spanned numerous sectors throughout his career. With a client-oriented focus, Lance has attracted everyone from the US Marine Corps, to adidas, to Playstation, to Heineken, and so many more. Along the way, he’s collected a clutch of awards including multiple PromaxBDA Awards, Gold and Silver Cannes Lions, and an Emmy.

Adding to the built-in cache of Minted Content is John McGarty, Executive Producer, who brings over 20 years of industry experience and insight.  Before joining Minted, he served as Executive Producer and Director of Live Action Production at CP+B / Plus Productions. He has also held posts at top-level production companies, from Hungry Man to MJZ. John has built a reputation for developing optimal strategies to convert premium concepts into cinematic content.

O’Connor, with the support of McGarty and Sallay, aims to translate the high-polish look and feel of cinema and prestige TV to branded content, music videos, and commercials. The depth and breadth of the cinematic experience shines through in recent Minted projects, including Celine Dion’s bombastic “Ashes” music video for Deadpool 2 (both the film and the video were directed by the action-savant David Leitch) and CNN promos starring James Earl Jones and helmed by the award-winning commercial director Dan Gifford.

Minted Content is a well-oiled machine, blending the organization and efficiency of its Executive Producers with the craft of true creative visionaries. Every aspect of the company is designed to strengthen the whole, leading the executives to compile a stand-alone roster empowered by their distinct production capabilities.

Showrunners, comedy darlings, and blockbuster innovators alike are all attracted to Minted Content, explains Lance O’Connor. “Because our directors come from the worlds of film and TV, they bring completely refreshing ideas and mentalities to ad campaigns. Gathering this deep bench of talent makes it possible to deliver ambitious and exceptional creative productions with ease.”

When it comes to resources, Minted Content is chock-full. With its state-of-the-art technology and dedicated team, the company has the capacity to be a complete end-to-end institution. This not only saves time and money in the long run, but it enables a consistent creative vision and shorthand between the directors, editors and artists.

Minted Content works with creatives from all around the world to fashion a solidified unit under one umbrella that will continue to grow and flourish within the industry. The passionate team driving Minted Content is keen to develop strong relationships with clients in order to exceed the desired outcome, truly setting them apart from the rest.