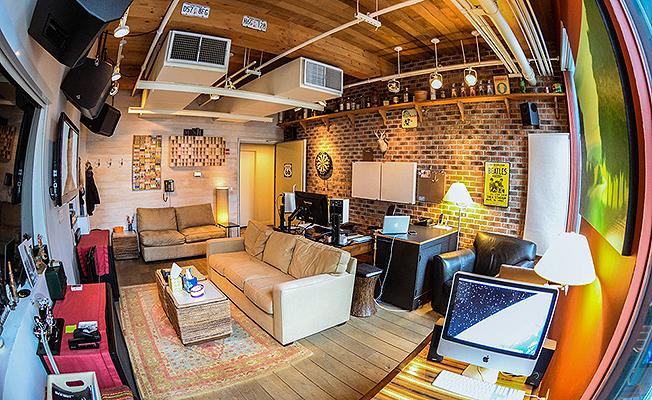 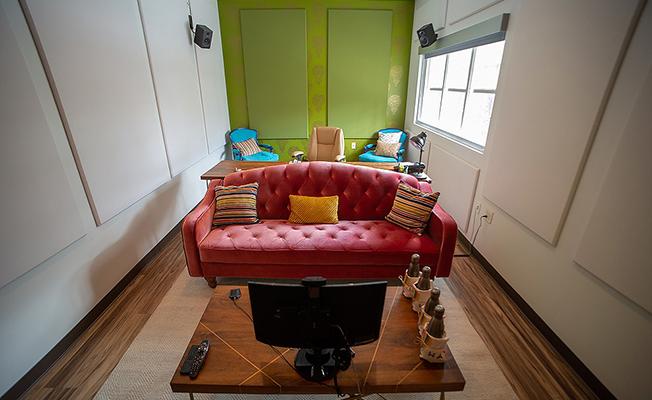 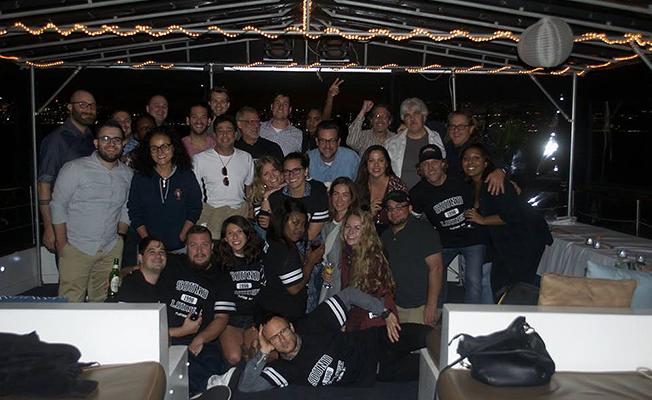 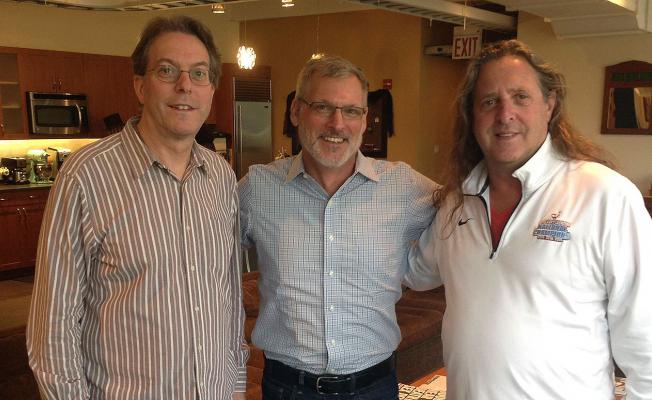 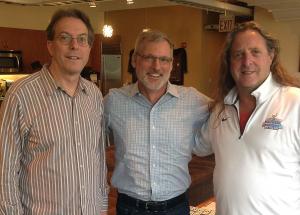 Twenty years ago, Sound Lounge was born out of a desire to create something that did not exist in the audio post-production community. Tom Jucarone, Peter Holcomb and Marshall Grupp imagined an artist-owned studio that put a premium on excellence in everything related to sound, but with a laid-back, friendly vibe. It would be a studio packed to the rafters with state-of-the-art gear, a place where they could work at a high level and nurture the next generation of sound talent, but also a “home” where they wouldn’t mind hanging out after the work was finished.

Launched by the three artists near the end of 1998, Sound Lounge was an immediate hit. The company’s belief system was based on two critical elements: deep-rooted passion for the work and the confidence that Sound Lounge was the best at doing that work. Boosted by Jucarone and Holcomb’s reputation as two of the top mixers in the advertising industry, the company provided the mix for a dozen Super Bowl spots in its first few months of operation. Grupp, highly regarded for the intensity and creativity he brought to sound design, brought each spot he worked on to life. “We got off to a phenomenal start,” says Jucarone. “It was like we opened our doors and people came rushing in.”

Sound Lounge set up shop in New York’s Flatiron District, which was just becoming a hotbed for advertising post production. Filling an entire floor, the 10,000 sq. ft. facility was tailored more toward the company’s long-term ambitions than to its immediate needs. “At first, it was mainly open space,” recalls Grupp. “We had studios on either end and a machine room in the middle. The studio manager used to ride her bike back and forth, ferrying clients and coffee.”

Aesthetically, “The Lounge” differed markedly from other sound facilities of the day. Having spent many years toiling in dark, cramped spaces, the partners wanted a workplace that was lighter and more inviting. “We hired an architect and when he showed us his plans, all the windows were gone,” says Holcomb. “We said, ‘No!’ We wanted windows. We wanted the space to feel like a big, comfortable living-room that just happened to have all this high-tech gear. Now, a lot of sound facilities have high ceilings and natural lighting, but originally that was our vision.”

With each year came new challenges, the landscape was constantly changing, and with it, Sound Lounge continued to evolve. The original two mixing studios became four. Its staff doubled. In 2003, the studio doubled in size again when it leased a second floor in its building. Reaching 11 mixing rooms, it became New York’s largest independent sound studio. At the same time, it broadened its service offering, adding radio production and casting. It then launched a Film + Television division focused on sound editorial, ADR and mixing for documentaries, features and episodic television.

As it grew, Sound Lounge addressed its need for talent by developing from within. Over the years, numerous aspiring sound pros, who joined the company as interns or assistants, have worked their way up the ladder by learning the fine points of the craft from the studio’s senior mixers. “Our senior mixers have always been generous about sharing their knowledge and work with younger guys,” notes Jucarone. “As young talent developed their skills and began attracting their own clients, we built rooms for them. We’re very proud of our record in fueling the next generation of talent.”

Over the last few years, Sound Lounge has continued searching and finding answers to needs of an ever-growing and expanding industry. They launched the live action production company Derby in 2015, featuring a great roster of directors and a team that complements Sound Lounge in expertise and passion.

Additionally, Sound Lounge has been expanding its geographic footprint through Sound Lounge Everywhere™. The innovative service allows clients outside New York to work with Sound Lounge artists remotely. With outposts in Boston, Atlanta and Boulder, it has been embraced by clients facing tightening deadlines and budgets. “A lot of agencies today can’t afford to travel,” explains Holcomb. “Sound Lounge Everywhere allows them to continue working with our mixers while saving time and money.”

In an industry where companies seem to come and go faster than the morning newspaper, Sound Lounge’s longevity stands out. Grupp attributes its success to the partners’ desire to do great work in an environment friendly to both clients and staff. He cites the company’s legendary and sometimes over-the-top parties (one encouraged guests to show up dressed as bears) as an example of how it balances work with play. He also points to the company’s willingness to stick its neck out and take leadership positions, whether that means embracing new technologies or assuming an activist position on behalf of issues like gender equality.

“We don’t gain much from doing things like that,” Grupp says, “but we’ve always seen ourselves as more than just a studio that delivers fantastic sound. We’re also a thoughtful and conscientious company. We don’t brag about it, we just go on about our business, but it’s an important part of who we are.”