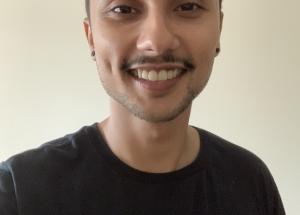 3Beep, a boutique script writing and sound studio, has added Fahad Rahman to its roster of voiceover directors. With his rapidly growing reel, Rahman is helping to shape animated shorts and series, video games and more at 3Beep’s studios in New York City.

A highly proficient Pro Tools engineer, Rahman’s audio engineering expertise includes recording, mixing and editing. He is a graduate of the Conservatory of Recording Arts and Sciences (CRAS) in Phoenix, AZ. After moving to New York City, he started as an Assistant Engineer and was subsequently promoted to Engineer at the renowned Premier Studios in midtown, where he worked with a wide range of artists for record labels including Epic, Interscope, Atlantic, 300 Entertainment, RCA, Alamo Records and Universal.

“VO directing [voiceover] feels like a fresh challenge every time,” Rahman says. “I love going inside the script with talented voice actors, collaborating on how a scene should be acted, and delivering the perfect performance for our clients’ productions. The team atmosphere at 3Beep adds to the experience and the results.”