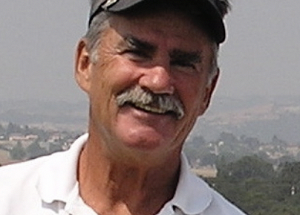 The Art Directors Guild (ADG, IATSE Local 800) announces that Jack Johnson, best known for his work on films such as Edward Scissorhands, Toys and Jurassic Park III, will receive a Lifetime Achievement Award from the Illustrators and Matte Artists (IMG) Council at the 24th Annual "Excellence in Production Design" Awards. The 2020 ADG Awards will be held at the InterContinental Los Angeles Downtown in the Wilshire Grand Ballroom on Saturday, February 1, 2020. This is the final of four Lifetime Achievement Awards to be announced by Art Directors Guild.

"Jack's cinematic eye, combined with his amazing artistic talent, has been an integral part of over 60 critically acclaimed films in his over four decade career. We are thrilled to honor that legacy and his contributions to the Craft as this year's Lifetime Achievement Award recipient," said Tim Wilcox, ADG Illustrators & Matte Artists Council Chair.

Johnson has worked in the motion picture industry as a Production Illustrator, Conceptual Artist or Art Director on more than 60 features including such hit films as Goonies, Edward Scissorhands, Toys, Jurassic Park III, Pleasantville, Big Fish, The Perfect Storm, Jerry Maguire, Independence Day, Beetlejuice, The Color Purple, and Star Trek: The Motion Picture, among others. He started his career as an advertising Art Director at Foote, Cone and Belding and J. Walter Thompson.

The producer of this year's ADG Awards (#ADGawards) is Production Designer Scott Moses, ADG. Online nomination voting will be held November 18 – December 6, 2019. Nominations will be announced December 9, 2019. Online balloting will be held December 18, 2019 – January 30, 2020 and winners will be announced at the dinner ceremony on Saturday, February 1, 2020.  ADG Awards are open only to productions when made within the U.S. by producer’s signatory to the IATSE agreement. Foreign entries are acceptable without restrictions.

Additional honorees for Cinematic Imagery and new inductees into the Guild's Hall of Fame will be announced at a later date. Inquiries regarding the ADG Awards may be directed to Debbie Patton, ADG Awards & Events Director, at contact information below. Media sponsors are The Hollywood Reporter, Variety and SHOOT.