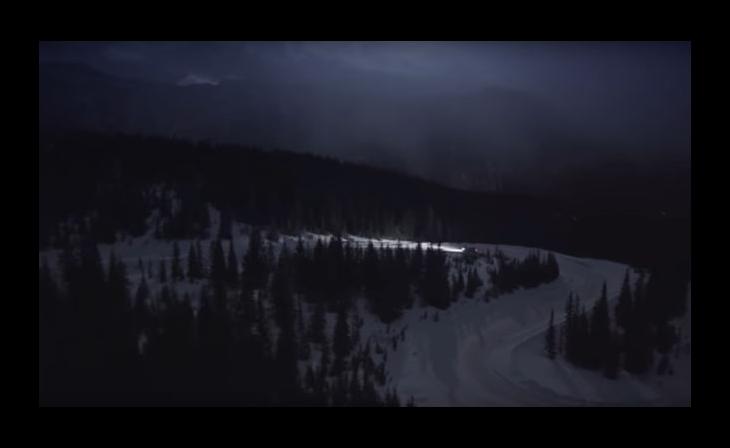 In Projection of Greatness, a new 90-second film for Audi, the Q7’s ascent of a snow covered mountain turns magical with the live action projection of its soul. 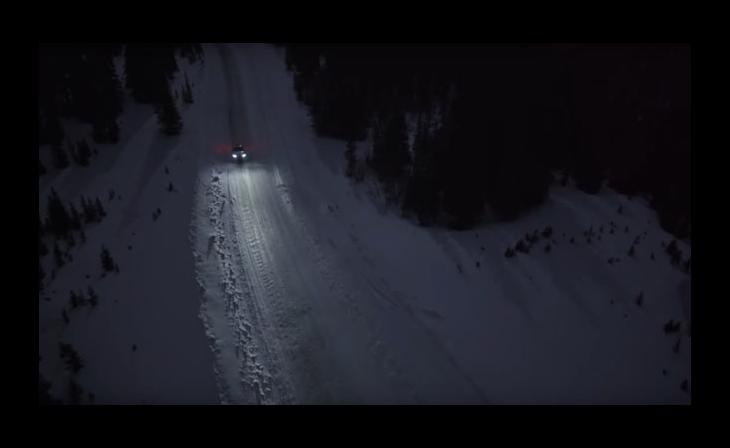 Mossop shot the opening sequence of the film with the real Q7 by moonlight alone. 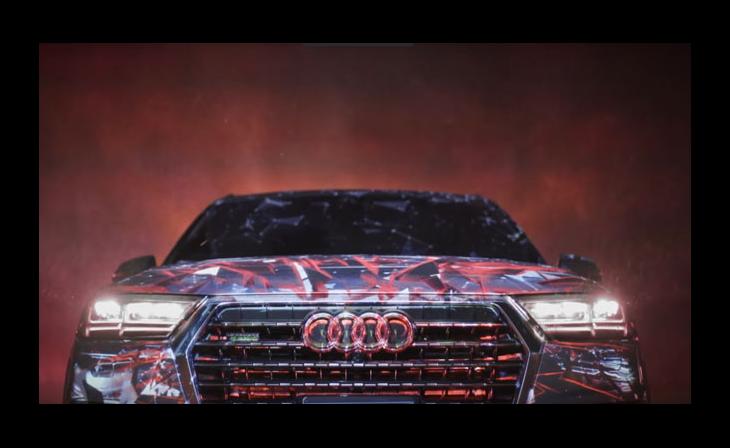 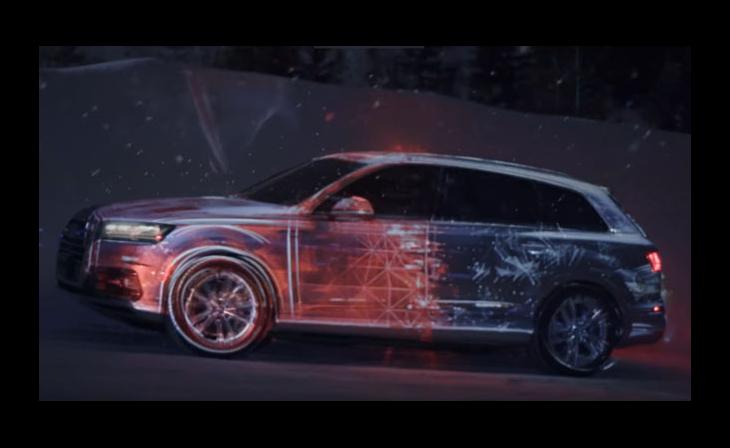 The aim of the film is to showcase the all-new Q7’s impressive mix of power, style and innovation, and how its greatness “projects” onto any terrain. 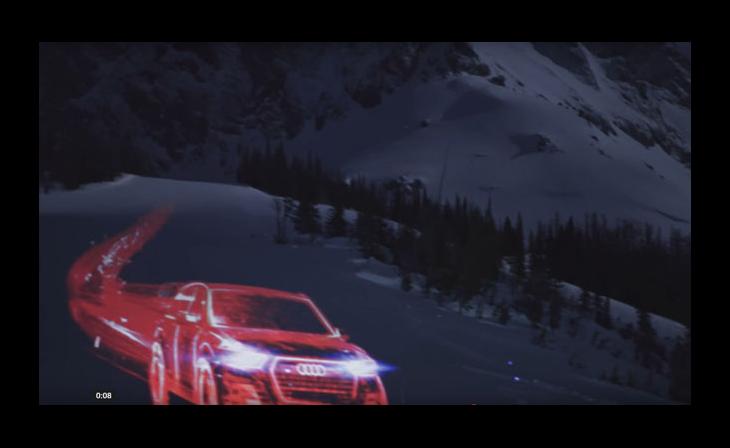 The stunning display was captured entirely in-camera, with no CGI manipulation in post.
Prev Next

In Projection of Greatness, a new 90-second film for Audi, the Q7’s ascent of a snow covered mountain turns magical with the live action projection of its soul. Conceived by Toronto agency Zulu Alpha Kilo, directed by Dave Mossop of Sherpas Cinema and Accomplice Media, and featuring projection mapping by GO2 Productions, the stunning display was captured entirely in-camera, with no CGI manipulation in post.

The aim of the film is to showcase the all-new Q7’s impressive mix of power, style and innovation, and how its greatness “projects” onto any terrain. It opens on a silver SUV making its way along a twisting, snow-covered mountain road under moonlight. The stars and the flying snow transform the vehicle into a fully animated version of itself that streaks up the side of the mountain.

“When I saw it, I had trouble believing my own eyes,” says Zak Mroueh, Chief Creative Officer at Zulu Alpha Kilo. “Consumers who see it may not believe it either. But the sequences were absolutely captured 100 percent in camera with no CGI involved. The result is stunning.”

Mossop worked alongside Zulu Alpha Kilo’s creative team and projection mapping specialist GO2 Productions to create the incredible imagery. The film was shot on location at Fortress Mountain, Alberta, 7500 feet above sea level. Temperatures during the nighttime shoots dropped to -20C.  “We were lucky to have two Q7 picture cars,” recalls Mossop. “Turned out, they were the only vehicles on the shoot that could handle the icy conditions.”

The production team used high powered projectors to map animated visuals directly onto the Audi Q7 and the mountain environment to create the 3D illusions. “We were presented with a wonderful set of challenges,” says Mossop, “including the difficulty of bringing vehicles, crew and a lot of technology to a remote and undisturbed location in the dead of winter.”

Mossop shot the opening sequence of the film with the real Q7 by moonlight alone. That was made possible through the use of newly developed digital cinema cameras capable of capturing high-resolution imagery in extremely low light. “We’ve had a great relationship with Audi for a couple of years,” says Mossop, “and we were thrilled to be given the opportunity to help concept this innovative project with Zulu Alpha Kilo and then overcome the technical difficulties to execute it.” 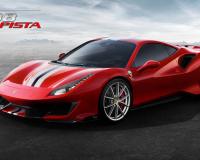 Ferrari launched its latest limited-edition road car, the 488 Pista, at the Geneva Auto Show this month with a film that gives viewers a taste of what it’s like to sit behind the wheel of a car that can do zero to 60 in 2.85 seconds and has a top... 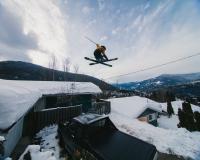 A boy riding in the backseat of his parents’ car through snow-swept Nelson, British Columbia, has his skiing fantasy spring to life in a sweetly thrilling short film produced by Sherpas Cinema for The North Face. Directed by Dave Mossop, ... 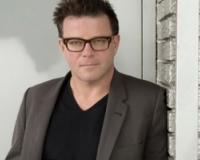 Creative Director Sam Brown is a new fan. “Damien’s visual style and quirkiness, when it came to casting, were exactly... 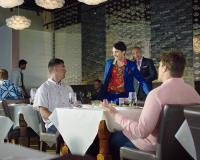 Tennessee Titans star Marcus Mariota might take chances on the football field, but when it comes to managing his money, he avoids Hail Marys.

In a new spot for First Hawaiian Bank, conceived by... 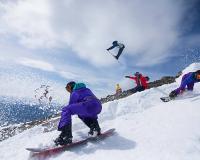 Thrills Ahead: Sherpas Cinema Gears Up for a Monster Season of Winter Sports
Monday, Sep. 11, 2017

Although fall hasn’t officially arrived, many of the world’s best skiers, snowboarders, figure skaters and bobsledders are getting ready for an epic winter sports season that will climax next February when the world converges on Pyeongchang,...