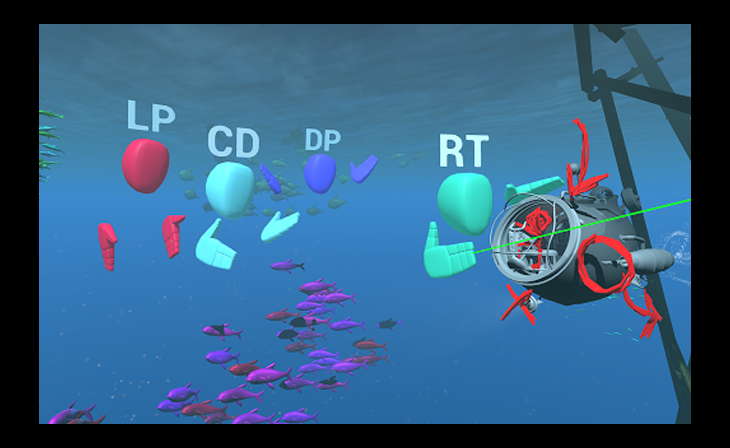 "Penrose Maestro," a Suite of Tools Enabling Artists to Work on a VR Story in a Collaborative Environment, Will be Presented during SIGGRAPH's Real-Time LIVE!

SIGGRAPH 2017, the world’s leading annual interdisciplinary educational experience showcasing the latest in computer graphics and interactive techniques, announces highlights from this year’s Emerging Technologies, Studio, and Real-Time Live! programs. SIGGRAPH 2017 will mark the 44th International Conference and Exhibition on Computer Graphics and Interactive Techniques, and will be held 30 July–3 August 2017 in Los Angeles.

“SIGGRAPH's annual Emerging Technologies program features installations and presentations that combine the best in art and science in compelling and unique ways. These technologies often have a multitude of creative applications and uses, some of which aren't always immediately apparent, but often help push their industries forward in incredible ways. As we imagine what our world will look like in 10 years, the work on display at Emerging Technologies this year will, without a doubt, have a large influence over the realities of that future," said Jeremy Kenisky, SIGGRAPH 2017 Emerging Technologies Chair.

There are 26 Emerging Technologies installations this year, along with 13 experience presentations. Among the highlights of this year’s program are:

MetaLimbs: Multiple Arms Interaction Metamorphism
MetaLimbs proposes a novel approach to body-schema alternation and artificial-limb interaction. It adds two robotic arms to the user's body and maps the global motion of legs and feet relative to the torso. It also maps local motion of the toes. Then it maps these data to arm and hand motion, and to fingers gripping the artificial limbs, adds force feedback to the feet, and maps the feedback to the manipulator's touch sensors.

Touch Hologram in Mid-Air
This demonstration adds a method for touching the objects, based on a touch development kit from Ultrahaptics, the only mid-air tactile feedback technology. It provides a touch feeling without any mechanical equipment in the visualization area (which would be inconsistent with the hologram concept). Touch Hologram in Mid-Air is a singular and surprising experience that illuminates a broad field of future research. It is unique in giving physical presence to intangible objects.

Varifocal Virtuality: A Novel Optical Layout for Near-Eye Display
This project employs a novel wide-FOV optical design that can adjust the focus depth dynamically, tracking the user's binocular gaze and matching the focus to the vergence. Thus the display is always "in focus" for whatever object the user is looking at, solving the vergence-accommodation conflict. Objects at a different distance, which should not be in focus, are rendered with a sophisticated simulated defocus blur that accounts for the internal optics of the eye.

The theme for this year’s SIGGRAPH 2017 Studio program is “Cyborg Self: Extensions, Adaptions, and Integrations of Technology within the Body.” As the growth of wearable devises continues to expand, humans are developing an ever-expanding toolset of extensions, insertions, and interventions that lead us to question the future of hybridization in our physical evolution. The Studio will present a broad range of concepts related to the convergence of the physical body and evolving technologies with an emphasis on wearables, e-textiles, bio-tech, and sensory extensions across physical and virtual platforms.

Brittany Ransom, SIGGRAPH 2017 Studio Chair, said, “Through our program, attendees get to be hands-on with evolving technologies in an age where those technologies change ever so quickly. Attendees can interact with everything from a large format printer to a magnetic levitation installation and even a live giraffe! Our workshops allow attendees to learn a new skill set — they get to make something unique or do something different with their hands that they’ve never done before.”

This year’s Studio program will feature seven installations and eight workshops. Among the highlights are:

Textile++: Low Cost Textile Interface Using Principle of Resistive Touch Sensing
In recent years, wearable computing has become widespread yet expensive. Textile++, a fiber-based system that can be applied to various fields, confronts these cost challenges. Based on the principle of resistive touch-sensing, Textile++ is comprised of cloth that can be applied directly to conventional clothing through folding and sewing, and can be manufactured at very low cost.

Other highlights within the Studio program include an Epson sponsored t-shirt design competition and a special appearance by “Tiny,” a giraffe, who will be available for two animal drawing sessions with Otis College of Art and Design’s Gary Geraths.

Last but not least, the SIGGRAPH 2017 Real-Time Live! program is a one-night-only event that will showcase the latest trends and techniques for pushing the boundaries of interactive visuals.

“This year’s Real-Time LIVE! will represent a true spectacle of graphics rendering techniques from the most creative and technologically advanced minds across our industry,” said SIGGRAPH 2017 Real-Time Live! Chair Cris Cheng.

Real-Time Live! will feature 10 presentations. Among the highlights are:

“The Human Race”
The Mill and Epic present “The Human Race,” an interactive film made possible by real-time VFX, blurring the line between production and post. Powered by UE4, The Mill’s Cyclops production workflow system, and The Mill BLACKBIRD, the film revolutionizes the conventions of digital filmmaking to create a film anyone can play.

Penrose Maestro
Penrose Maestro is a suite of tools that enables artists to review and work on a VR story in a collaborative, multi-user native VR environment. It takes the artists into the production together, allowing for perfect spatial context when taking notes from a director.

Star Wars Battlefront VR: Piloting an XWing for the First Time
Star Wars Battlefront VR was released to critical acclaim in December 2016. This is the first VR game ever created using Frostbite, the same engine that powers games like Battlefield. The production team at Criterion Games faced the challenge of creating a VR game on PS4 with visuals that match modern AAA games.

About SIGGRAPH 2017
The annual SIGGRAPH conference is a five-day interdisciplinary educational experience in the latest computer graphics and interactive techniques, including a three-day commercial exhibition that attracts hundreds of companies from around the world. The conference also hosts the international SIGGRAPH Computer Animation Festival, showcasing works from the world's most innovative and accomplished digital film and video creators. Juried and curated content includes outstanding achievements in time-based art, scientific visualization, visual effects, real-time graphics, and narrative shorts. SIGGRAPH 2017 will take place from 30 July–3 August 2017 in Los Angeles. Visit the SIGGRAPH 2017 website or follow SIGGRAPH on Facebook, Twitter, YouTube, or Instagram for more detailed information.

About ACM SIGGRAPH
The ACM Special Interest Group on Computer Graphics and Interactive Techniques is an interdisciplinary community interested in research, technology, and applications in computer graphics and interactive techniques. Members include researchers, developers, and users from the technical, academic, business, and art communities. ACM SIGGRAPH enriches the computer graphics and interactive techniques community year-round through its conferences, global network of professional and student chapters, publications, and educational activities.

About ACM
ACM, the Association for Computing Machinery, is the world's largest educational and scientific computing society, uniting educators, researchers, and professionals to inspire dialogue, share resources, and address the field's challenges. ACM strengthens the computing profession's collective voice through strong leadership, promotion of the highest standards, and recognition of technical excellence. ACM supports the professional growth of its members by providing opportunities for lifelong learning, career development, and professional networking.

SIGGRAPH 2017, the world’s leading annual interdisciplinary educational experience showcasing the latest in computer graphics and interactive techniques, has concluded in Los Angeles with over 16,500... 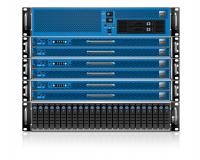 EditShare, a technology leader in intelligent shared storage and media management solutions, will be showcasing its high-performance scale-out XStream EFS...

SIGGRAPH 2017, the world’s leading annual interdisciplinary educational experience showcasing the latest in computer graphics and interactive techniques, has announced the highlights of...