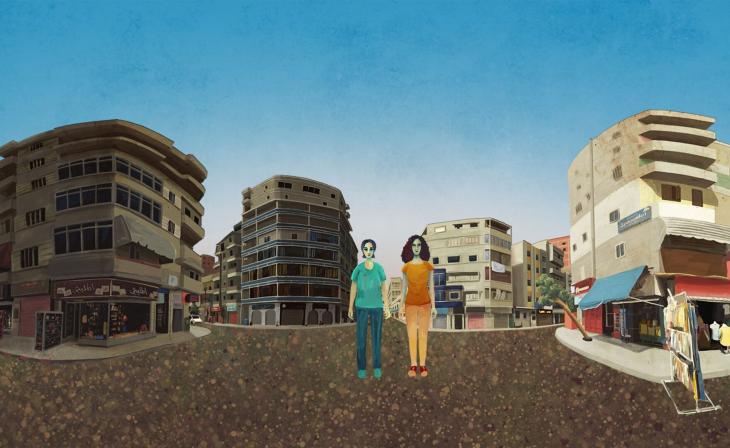 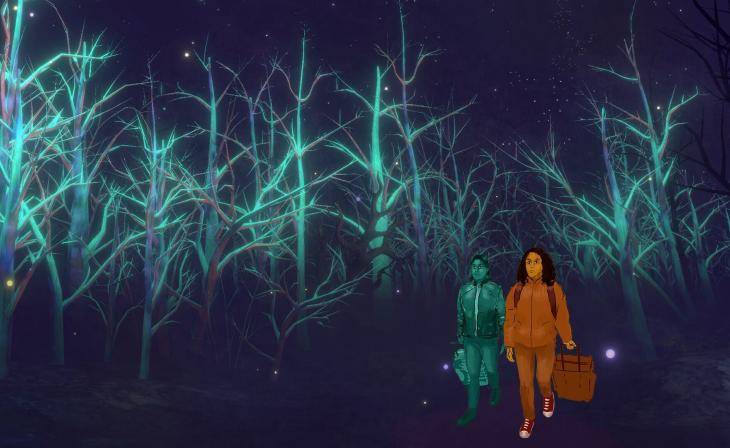 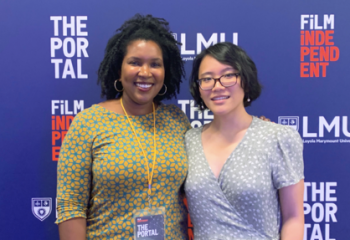 Another Dream, the second installment in award-winning director Tamara Shogaolu’s animated virtual reality film series Queer in a Time of Forced Migration, is based on the real-life love story of an Egyptian lesbian couple who flee Cairo amid the conservative backlash that followed the Arab Spring. The ground-breaking film, which screened at the Tribeca Film Festival and at New York’s Museum of Modern Art, uses the virtual environment to envelop viewers in the lives of the lovers and their quest to escape oppression.

The film’s exotic locations, tense action and themes of love and freedom are echoed in its artfully crafted soundtrack. Sound designer Olivia Zhang (The Nun, Velvet Buzzsaw) was tasked with recreating the cacophonous chaos of modern-day Cairo and the bustle of Amsterdam while supporting the roiling emotions that drive the arc of the story.

Zhang, who also worked on the previous installment in Shogaolu’s VR series, Half a Life, says the director wanted viewers to feel as though they had been dropped in the midst of Cairo’s winding streets and crowded markets. “When we worked on Half a Life, Tamara shared a lot of memories of Egypt, where she lived for several years,” Zhang recalls. “She described the sounds of the Call to Prayer coming from the loudspeakers of mosques, which happens five times a day, and with massive volume and reverberance. It became one of my touchstones for the sound design.”

Sound is integral to Shogaolu’s storytelling method and she took the unusual approach of having Zhang create a complete sound design track before the film was scored. “Tamara uses sound to add another layer to the story,” Zhang explains. “It could be a gust of wind that suggests the presence of an unknown creature or a quickened heartbeat. She uses sound to provoke the senses, so viewers aren’t simply watching…they are experiencing the drama for themselves.”

Zhang points to a surreal moment in the film where the two protagonists are undergoing an interrogation by Dutch asylum officials. “The sound design embraces the Kafkaesque nature of the scene,” she explains. “The couple is sitting in an otherwise empty room and, at first, you hear only the hum of a florescent light. That is followed by a chain of approaching footsteps, but just when you expect the door to burst open, the footsteps march away, reverberating into the distance. A bank of lights snaps on and a door creaks open in a way that makes the hair stand up on the back of your neck. Suddenly, the walls of the room drop away, and you sink into the pit of a UFO-like rotunda filled floating tables. A clock ticks like a bomb about to explode. The point of this surreal moment is to mirror the mix of emotions—hope, disappointment, fear and isolation—the refugees are experiencing as they wait to face their inquisitor.”

The film’s 360-degree, virtual reality environment provided opportunities to be creative with sound beyond what is possible in traditional films.  “The surround sound of cinema today gives designers the ability to build, expand, and re-imagine spatial relationships in ways that are both physical and visceral,” Zhang says. “But designing for virtual reality requires even greater awareness because things are happening in 360 degree space. Sound is needed in the foreground, middle ground and background to completely fill that reality. When you are in a movie theater, you don’t turn your head when a character leaves the scene, but in VR, you can turn and follow them with your eyes as they enter a new background with new elements that need to be supported with sound.”

While working in VR provided unique technical challenges to solve, Zhang says the most rewarding aspect of the project was designing sound to convey the emotional weight of Shogaolu’s story. “I’ve worked on Hollywood blockbusters, but contributing to this film made me feel good not only as a creative artist, but also as a human being,” she says. “I felt that I was helping to give voice to underrepresented people and that I was aiding in their struggle for equality and justice.”