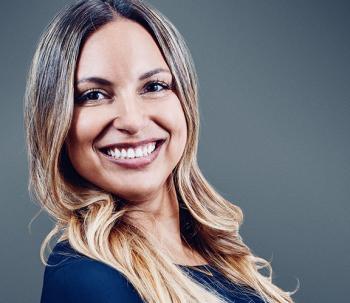 Stun, an award winning content studio and commercial production company, has launched a new “DIGITAL 360” division and, concurrently, has named Renee Samms as Head of DIGITAL 360. The announcement was made today by Mark Feldstein and Brad Roth, Principals & Co-Founders of Stun.

The vision behind the creation of Stun’s new DIGITAL 360 division is driven by a Transmedia Branding strategy - delivering the right message to the right person at the right time, and in the right place. As social and digital media have become key to success in today’s mobile-first world – with people moving across platforms every time they sign-in online - Stun’s thinking is that brand messaging should move across platforms too, in an authentic way that aligns with the organic voice of each of those mediums.

Regarding the creation of their new division, Feldstein and Roth said, “Our goal for this year is to launch our DIGITAL 360 division in a big way. Our philosophy is that content alone is no longer king, but Content + Context are King. Our plan with DIGITAL 360 is to keep scaling our Digital division, and continuing to integrate it within the full Stun suite of existing creative services providing our clients one, true, 360° creative marketing agency.”

They add, “Renee Samms is the perfect executive to head our new DIGITAL 360 division. She is that rare combination of strategic thinker and creative storyteller. Renee has a proven track record in developing marketing strategy and interpreting audience needs to create award-winning digital marketing solutions. Renee’s diverse experience, genuine curiosity for consumer behavior, love for digital marketing, and willingness to push creative boundaries has consistently delivered tremendous results. We are delighted that she has joined Team Stun.”

Said Samms, “Having built my career in entertainment marketing and branded content, I wanted my next role to be with a team and company that not only had a track record of raising the bar creatively, but also had the same philosophy that I do. Stun believes that storytelling is key for any successful campaign, and that no matter which brand or client they are working with, they will always push the boundaries and hold themselves to a higher standard than any other creative content studio around.”

About RENEE SAMMS
A digital media professional and creative leader with over 13 years of experience in creative storytelling, social media strategy, cross-platform campaign strategy, media planning, and branded content, Renee Samms was named Head of Stun’s DIGITAL 360 division in early 2019. Prior to this post, she had been a Digital Media, Cross-Platform Strategy, Branded Content, and Influencer Marketing Consultant in New York, Los Angeles, and Barcelona, working on behalf of such clients as UnInterrupted (Spring Hill), Captiv8, Utopia, De Mille Group, The NoiseHouse, and Trap Nation (The Nations).

During the course of her career, Samms was instrumental in developing award-winning digital marketing solutions for such top entertainment companies as Lionsgate, IMDb/Amazon, Walt Disney Company, Maker Studios, and several others.

About STUN
Winners of the prestigious PromaxBDA 2018 Global Excellence Agency of the Year Award, and three-time winners of the Promax/BDA North American Agency of the Year Award (2017, 2014, 2013,) Stun activates consumers by telling brand stories in compelling and engaging ways across all media platforms. Founded in Hollywood in 2000 by Brad Roth and Mark Feldstein, Stun is a content studio and commercial production company, known for its award-winning creative campaigns, integrated use of comedy and humor, and compelling, highly original, thought-provoking content.

The agency’s DIGITAL 360 division, specializing in Transmedia Branding, was launched in early 2019.

For the past 19 years, Stun has been recognized throughout the entertainment and advertising industries for its smart, funny and celebrity-driven work. The company has produced successful and popular promotional campaigns featuring such celebrities as Kristen Bell, Andy Samberg, Snoop Dogg, Conan O’Brien, Magic Johnson, and Dwayne “The Rock” Johnson, to name just a few.  Stun has Emmys, Clios, Cannes Lions, and Webby Awards to its credit. 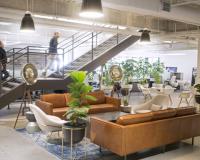 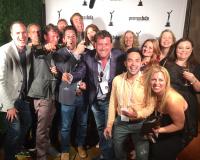 It’s déjà vu all over again as Stun Creative, the creative agency, commercial and branded content production company based here, won PromaxBDA’S coveted ­­­­­­North American Agency of the Year Award, the second time in four years. The award was...

Archion Technologies, a world leader in high performance shared media storage, has announced that its EditStor Shared Media Storage Solution has been embraced by Stun Creative, a leading ad/marketing agency specializing in promotional content for... 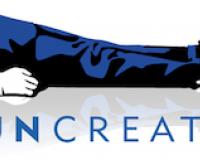 Stun Creative and Buster Team with Fandango to Conceive, Produce and Execute New Campaign Illustrating Just How Easy Going to the Movies Can Be
Wednesday, Dec. 4, 2013

Los Angeles-based advertising agency and production company Stun Creative, along with its design and animation division Buster, and its BusterINK digital unit, have created a national TV, theatrical, and digital ad campaign comprised of a series... 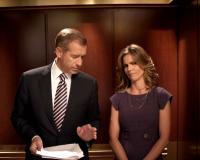 The Stun produced campaign consists of...