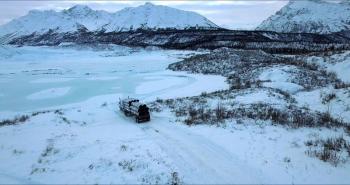 “You need someone who can approach an edit with a fine balance of feeling, forensics and fortitude,” says Creative Director Shiloh Gray of VML. “Mad scientist meets poet. Someone to define the undefinable for the uninitiated and make a moment feel permanent. Keith is that someone.”

According to Olwell, he considers himself lucky to have a lot of long-term relationships with creatives, including Producer friend Keith Dezen, who brought him the Chevron Delo project. “I guess, this worked out as we’re wrapping our third round of these fun projects,” jokes the Editor. “The Delo work is all about the characters from reality shows: miners, farmers, fishermen, ice road truckers and the like are characters. Keeping those people in their right, rugged space was enjoyable. Honestly, they’re all fun to listen to. I’m just lucky that they were all good natural storytellers. Plus it’s fun to edit stuff with trucks and bulldozers and boats!

“The team at VML are extremely collaborative,” continues Olwell. “They let me hit them with approaches they might not have planned on and they hit me with ideas I didn’t have. They’re a great team creatively that way. Makes my work always interesting.”

Olwell signed with TwoPoint0 when the company launched in Fall 2015. “The good thing about TwoPoint0 is all the relationships they have with studios around town,” concludes the Editor. “We can cut anywhere and finish anywhere. This has let me be close to clients and keep them well taken care of.”

Olwell is currently editing a campaign for Iowa Children’s Hospital, which is airing soon.

Bio: Keith Olwell
Keith Olwell studied film at FAMU in Prague and has edited professionally in NY, LA, and Chicago for 20 years. Working with clients like Google, and on projects for US ARMY, Chevron, Heineken, Lays, and many others Keith has enjoyed editing on everything from national TV campaigns to web films. As a passion Keith has filmed numerous “StarTalk Live with Neil deGrasse Tyson” shows, as well as publishes the Legends of Science cards (legendsofscience.com) and has produced and directed the conference identity for PopTech.

About TwoPoint0
With years of industry experience between them Partner/Executive Producer/Editor Wendy Rosen & Partner/Editor Anthony Marinelli launched TwoPoint0 in Fall 2015. Based on an innovative, new business model, the editorial company and creative collective features the talents of the two founding partners, as well as such luminary Editors as: Charlie Cusumano, Jane Keller, John Marinis, Keith Olwell, Jon Rosen, Jón Stefánsson, and Terence Ziegler.

As founding partners in TwoPoint0, for Rosen & Marinelli, their goal and mission is to create more opportunities for freelance Editors while offering greater flexibility to clients by customizing each project to their needs, from conception to completion, with an eye towards comfort and convenience in the process. Ready to meet the challenges of a constantly evolving industry, putting the work first, providing all the technical expertise, creativity and passion every project demands.  www.twopoint0.tv 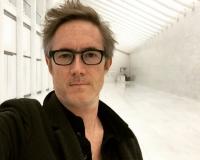