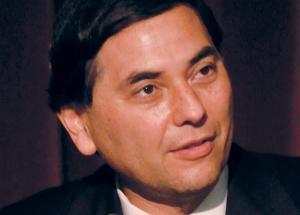 Welcome to the Special Fall 2019 e.dition of the SHOOT Directors Series. Our mix of profiles includes Marielle Heller who directed two Academy Award-nominated performances this year by Melissa McCarthy and Richard E. Grant in Can You Ever Forgive Me?, and is now generating Oscar buzz for the soon-to-be released A Beautiful Day in the Neighborhood starring Tom Hanks as Fred Rogers.

Also in the awards season conversation are such SHOOT profile subjects as: Bong Joon Ho for the feature Parasite, which won the Palme d’Or at the Cannes Film Festival back in May and is South Korea’s recently announced entry for the best international feature film Oscar; Lulu Wang who made a major splash at the Sundance Film Festival with The Farewell starring Awkwafina; Robert Eggers for the acclaimed The Lighthouse starring Willem Dafoe and Robert Pattinson; and Chinonye Chukwu whose Clemency won the Grand Jury Award in the U.S. Dramatic Competition at Sundance this year.

Already a two-time Oscar nominee for his documentary short fare, director Dan Krauss discusses 5B, his feature-length documentary which premiered at the Cannes Film Festival only to go on the next month to win the Entertainment Lions Grand Prix at the Cannes International Festival of Creativity. 5B is a breakthrough piece of branded content from Johnson & Johnson that Krauss directed through Saville Productions, which reps him for commercials and branded entertainment. Named after San Francisco General Hospital’s ward 5B which opened in 1983 as the first full-fledged hospital unit dedicated to treating people with AIDS, the documentary shows the positive power of nursing, continuing a theme which Johnson & Johnson has championed over the years.

Rounding out SHOOT’s lineup of profiles is Nisha Ganatra who’s looking to make a mark for women comedy directors in the ad arena through Chelsea Pictures. Her distinctive brand of humor has been reflected in Golden Globe-winning and Emmy-nominated work on Transparent, as well as the feature Late Night which earned a standing ovation and rave reviews at the Sundance Film Festival. Late Night also fetched $13 million from Amazon, the highest price ever paid at Sundance for a film by a female director.

Meanwhile our ensemble of up-and-coming talent consists of a filmmaker whose short won an Oscar this year, yielding a connection with a production company for her first commercial and branded content representation; a directorial duo who made an auspicious feature debut and then subsequently landed at a prominent production company to explore opportunities in the ad space; a director who scored impressively with his body of work at HBO’s Last Week Tonight With John Oliver, which caught the attention of a production house now handling him for commercials and branded fare; and a comedy-driven talent who this year became a DGA Award nominee and garnered a roster slot at his first roost for ad projects.

And then in our Cinematographers & Cameras Series, we meet three DPs--one who reflected on a fruitful collaboration with director Alma Har’el on the feature Honey Boy; another who was drawn to the prospect of lensing an old-school cop movie, adding to a recent flurry of work which marked his return to HBO’s Westworld--not just as a DP but for the first time as an episodic director; and a lenser who reunited with director Andy Muschietti to turn out the much-anticipated IT Chapter Two.

So read on and enjoy. And as always we welcome your feedback. 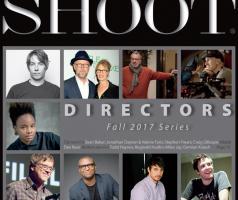 SHOOT will publish a Special Directors>e.dition on Monday, October 30, that will contain the entire Directors Series section from SHOOT’s October/November print issue (...

SHOOTonline will publish a Special Directors>e.dition on Monday, March 27, that will contain the entire Directors Series section from SHOOT’s March/April print issue (...

SHOOTonline will publish a Special Directors>e.dition on Monday, Oct. 31, that will contain the entire Directors Series section from SHOOT’s October/November print issue (including...

SHOOTonline will publish a Special Directors>e.dition on Monday, April 4, that will contain the entire Directors Series section...

SHOOTonline will publish a Special Directors >e.dition on Monday, October 20, that will contain the entire Directors Series section from SHOOT’...