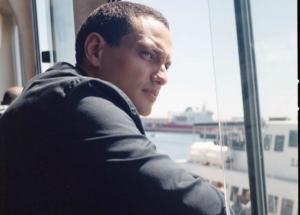 Mazouzi burst onto the commercial scene in 2016 with the high-energy ad “adidas Boost” which was selected for the Young Director Awards at Cannes. Since then, he’s amassed an impressive body of work for brands including Nike, GMF, and Société Générale, with adidas coming back to him repeatedly.

Like many young directors, Mazouzi started out screenwriting and making short films, first at La Sorbonne et L’Esec. His debut short, the self-produced The Corner, resonated with audiences as a universal story exploring the dynamics between a father and son. The short was named an official selection of The Palm Springs Film Festival, and was followed by his second short I Need Shine, which screened at Sundance.

Handled by Big Productions in Paris, Mazouzi has collaborated with such agencies as TBWA\Paris, DDB, CLM.BBDO, C14Torce and Fred & Farid. He is also repped in Spain by The Production Club, in the U.K. by Outsider, and for work in eastern Europe and Asia by Germany-based company View-Finder.

Mazouzi is enthused over prospects in the U.S. ad market. “Americans celebrate a visual boldness in storytelling that doesn’t exist elsewhere. I want to make a name for myself where the best work, collaborating with the most innovative agencies and brands.”

On meeting Golden LA EPs Matthew Marquis and Jake Banks, Mazouzi said, “They saw in me the potential and energy to break into this market. Above all, they had a frank, straightforward way of making me feel their confidence. It was clear I could see myself evolving within the young, creativity-first structure they’ve created.”

Golden LA’s multidisciplinary approach is reflected in its roster of live-action directors as well as a collective of designers and visual effects artists. 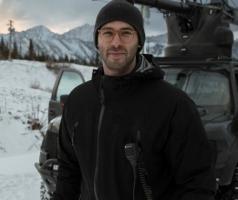 Toronto-based director, producer, and photographer Leo Zuckerman has joined Golden LA for his first U.S. representation. His storytelling range is reflected in the lightning pace of his Toyota “...