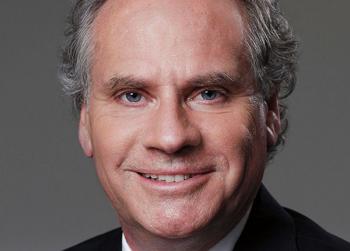 The Governor’s Office of Motion Picture and Television Development (MPTV) announced a milestone with more than one million hires supported by the New York State Film Tax Credit Program since 2011. That number represents almost 80 percent of all jobs in the program since its inception in 2004. The more than one million hires were created by 1,156 productions that have participated in the Program and have generated more than $16.8 billion in New York State spending.

Since taking office, Governor Andrew M. Cuomo has consistently supported the film tax credit program and most recently secured a funding extension through 2022 at $420 million a year. During his tenure, New York State has dramatically expanded the credit for postproduction, enacted a 10 percent additional credit for labor costs Upstate, increased the credit for relocated television productions and lowered the threshold for visual effects and animation. Since the program launched in 2004, New York has received a total of 1,648 applications, representing $25 billion in New York spending.

Miami-Dade County Launches Incentive Program
Miami-Dade County’s Department of Regulatory and Economic Resources’ Office of Film and Entertainment launched a local TV/film and digital entertainment production incentive program effective August 1. The program intends to help support individual film and entertainment projects that will benefit the industry workforce and boost the local economy. Productions will have to meet certain requirements to benefit from the program, including:

The rebate for qualifying productions would be a maximum of $100,000 per project. Each project’s eligibility will be determined on a case-by-case basis, and each project/grant agreement will be require approval by the Board of County Commissioners. Grants will only be disbursed after the project is completed and proof that all requirements were satisfied has been submitted.

“The local industry has been asking for the County’s assistance by enacting a local incentive program and now they have it,” said Miami-Dade County Mayor Carlos A. Giménez. “This is a vital industry for our local economy, and we want those who are a part of it to be able to work and live here, and not have to move away in order to pay their bills.”

Office of Film and Entertainment director Sandy Lighterman said, “We are excited to be able to offer this local TV/film and digital entertainment production incentive program to the industry. We anticipate this program will be able to stem the loss of our crew, acting talent and supporting businesses.