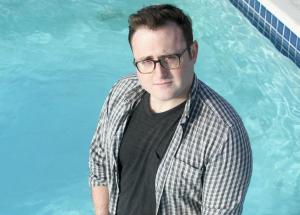 Helm broke into the business as a freelancer and then landed at DDB New York as a jack-of-all-trades—-shooting, editing, photography, directing, even making motion graphics. After successfully filming the making-of videos for several ad campaigns, he began shooting low-budget projects which then led to directing “First World Problems” for the charity WATERisLIFE, and a short documentary for the New York City Ballet. A year and half into working at DDB New York, Helm had already directed work that garnered five Cannes Lions, and won a One Show Emerging Director Award.

Helm is known for creating emotional journeys that follow characters as they evolve. His penchant for drawing the audience into the world of the character via emotion is on full display in a spot he directed for Microsoft and Skype. Helm tells the story of a young girl in Armenia suffering from blindness and, with stunning landscapes and unique architecture, captures the journey she and her family make to cure her condition. He litters the spot with twists and tricks, using points of light, focus, macro shots of webcams, and eye-shaped objects to tell the narrative of her sight being saved in a way that beautifully blends theme, character, and visuals.

Prior to joining Hey Baby, Helm was last repped as a director by production house Tool.