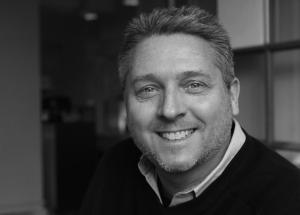 “Our talent base, production offerings and geographical reach continue to expand.  We are thrilled to have Mark join our broadening family,” said EP/Partner Clint Goldman.

“I’m proud to be part of the BODEGA team, and excited for us to achieve great things.  I was attracted to BODEGA because their integrated company model is what the future of production looks like.” says Kovacs.

Kovacs joins BODEGA after many years as Executive Producer at Humble. Prior, Kovacs spent 20 years as a global line producer for brands including Chevy, Cadillac, Audi, BMW, Verizon, AT&T, TJX, and Procter & Gamble. He is also entering his second term as a board member of the AICP East.

About BODEGA
BODEGA is a content creation studio based in New York, Los Angeles, and San Francisco.

BODEGA is a member of Free the Bid, an organization that champions the perspective and inclusion of female Directors, Editors, Colorists, Composers, and DOPs in advertising.

Together, with our in-house partners Northern Lights (editorial), SuperExploder (sound) and Mr Wonderful (design/branding), we offer the resources of four established, award-winning companies under one roof.