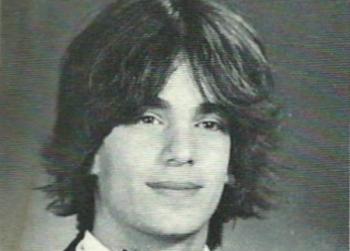 Josh Rabinowitz in his high school yearbook photo, which was accompanied by the quote, "To Achieve Music is to Achieve the Essence."

How does one make an impact in music? For many folks like me, who were formally trained in music, impact is a calling.

At 18, I opined in my lofty HS yearbook quote: “To Achieve Music is to Achieve the Essence.”

In its “essence” music really is just a combination of rhythm, at times rhyme, melody, harmony and spirit – something that’s totally and utterly invisible, yet at times incredibly and visually profound. However, it has been an essential aspect of most everyone’s existence.

It is that ‘inter-subjective’ universal language that compels people to feel, forces people to connect, and commands people to squeal.

I’ve persistently tr-tr-tr-tried to sustain myself via music and correspondingly yield actual impact in the space.

My path has been scattered – making even a sliver of $ money being musical is kinda like winning the lottery.

I was a street musician, a public school teacher, a trombonist, a bandleader, a composer, a producer, a music-house and ad-agency producer, a columnist, a university professor, a public speaker, and a Music Director - a student of all and a mentor to some.

My main gig over the last 20+ years has been as a Big ad agency Music Person, which afforded me the ability to be musical; to creatively collaborate; to sonically persuade consumers; to pay out millions to musicians, creators, songwriters and producers; to become quite skilled at being a policemen of IP, a competent corporate politician, a bit of a rainmaker for my company and a manager to several young musically-inclined folks.

I believe I made some impact. I’ve produced over 10K tracks for media, and gazillions have heard my music.

It has been the best of times, at times, and conversely tough as hell, at others.

The toughest part has been to be a harbinger of musicality in a business where music, although an important, alluring and sexy piece of the puzzle, isn’t the primary, secondary or even the tertiary offering of the traditional advertising concern.

Also tough--The Big Agency model is deeply challenged. Clients seem to be eschewing the Big and looking to the Boutique and/or to the Consultancy – scrappy, small enterprises who don’t need to bill out their employees at three or more times their salaries, nor require a client to pay for the full array of billable services such as strategic planning, production services, creativity, digital, social, business management, talent management, casting, post production, project management, account management, middle management, upper management, legal services, and, oh yeah, music services.

Additionally, ad music has, to a large extent, become devalued. Budgets have been battered. Data, Metadata and Playlists have become equally precious as taste.

The ad scene is too prickly for this music person to continue to make an impact or even attempt to ‘achieve the essence’ - thus it is time for me try something different.

As of December 31, I’ve left the Big agency world - wish me luck.

Josh Rabinowitz has been a music leader at WPP for the past 20 years. He currently is an adjunct professor at The New School and a music consultant.