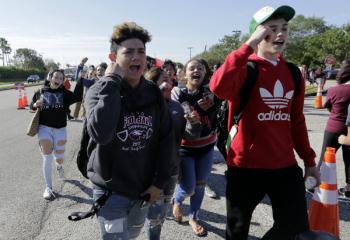 This column’s headline is the litmus test question when assessing whether a campaign will ring true and connect with audiences or if a false chord will set back a brand.

Two recent endeavors underscore the peril of being disingenuous as well as the value of being true to yourself and others.

On the former score, I recently saw a Wells Fargo spot on TV in which a woman learns she has been charged for a purchase of dog food and other canine treats that she never made. A cat then appears on screen, disappointed in her human companion. Lucky for the woman that Wells Fargo has a vigilant fraud alert service. Really? Fraud alert from the company which opened millions of fake accounts without getting customers’ authorization. Who alerts us of their fraud?

Wells Fargo has the right to try to rebuild its brand and regain trust. But rather than tell a story that suspends disbelief, its attempt at a charming slice-of-life tale evokes utter disbelief.

Perhaps the pros could learn from grass-roots amateurs whose virtue—no matter if you agree with them or not—is their care, concern, decency and desire to make something positive emerge out of tragedy. I’m referring to the students who survived last month’s mass shooting at Marjory Stoneman Douglas High School in Parkland, Florida, which killed 17 people. Traumatized by the death of their classmates, angered by inaction on the issues involved over the years, these survivors have mobilized a powerful, effective campaign to keep the gun control debate alive. Rather than dissipate over time, the call for reform has built momentum, and several mainstream brands have started to distance themselves from the NRA.

It’s a movement that comes from the heart, that resonates and that has come together sans ad agencies or marketing experts. Yet it carries a lesson for marketers, creatives and strategists. Students have sparked and helped sustain a stream of social media conversation, affirming the power of authenticity, creating a community by connecting with people from all walks of life, and taking the initiative to bring about positive change.

Authenticity is the currency for communication. As brands increasingly see the importance of standing for something, they too can explore how they can be agents for positive change to gain relevance and connect more meaningfully with people than ever before.