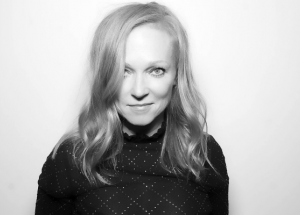 Kerstin Emhoff, co-founder and president of PRETTYBIRD, has been named president of the 2020 Cannes Film Craft Lions jury
Gender parity in jury leaders reflected for the first time in competition’s history

Cannes Lions has announced the jury presidents selected for the 2020 Festival of Creativity (June 22-26, 2020). Among the global spread of elite industry experts, 53% of Presidents are also women for the first time (up from 33% in 2019)--ensuring global female talent is equally represented at the head of the juries. The new Creative Business Transformation Lions will also be awarded in 2020, alongside the refreshed PR Lions.

Simon Cook, managing director, Cannes Lions, said, “The Cannes Lions Jury Presidents represent the many facets of the creative global industry and will play a fundamental role in defining the creative benchmark on the global stage in 2020. As the uses of creativity expand and diversify, so does the work and so do our expert juries. This year, we have established gender parity in our President lineup as part of our ongoing commitment to appoint outstanding global talent that represents the full breadth of our diverse community.”

The 2020 jury presidents are announced as follows:

Film Lions - Richard Brim, Chief Creative Officer, adam&eveDDB, UK
Since Brim joined adam&eveDDB in 2013, the agency has won seven Grands Prix at Cannes Lions, as well as being named Agency of the Year in 2014 and 2018.  Recent notable creative highlights for his Creative Department include the Lion-winning John Lewis Christmas work, Project 84 for Calm, the launch of FIFA 18 and the Marmite Gene Project.

Outdoor Lions - Luiz Sanches, Chairman, Chief Creative Officer & Partner, AlmapBBDO, Brazil
Sanches has received more awards than any other Brazilian creative, including over 180 Lions at the Festival. In 2018, he also served as President of the Cannes Lions Film Jury. Almap is a four-time Cannes Lions Agency of the Year and the best-performing Brazilian agency in the Festival’s history. In 2013, Sanches became a partner at AlmapBBDO, where he is now Chairman & CCO and serves on BBDO’s Global Creative Board. The Gunn Report once named him the best creative director in the world.

Digital Craft Lions - Jax Ostle-Evans, Managing Director, Stink Studios, UK
Over the course of her career, Jax has won 16 Gold and 15 Silver Lions and other accolades at leading industry awards. She was also a member of the Film Craft Lions Jury in 2015. Ostle-Evans joined Stink Studios London as Executive Producer, becoming Managing Director in 2017. Her combined knowledge of film and digital have enabled her to spearhead a slew of innovative integrated projects, whilst helping to transition Stink Studios from a digital production company to a strategic and creative agency.

Film Craft Lions - Kerstin Emhoff, President, PRETTYBIRD, USA
Emhoff is co-founder & president of PRETTYBIRD, a hybrid production company and creative studio producing entertainment properties and original IP alongside filmmakers, studios and brands. For over 10 years, PRETTYBIRD has developed a diverse body of work from music videos and advertising to award-winning feature documentaries. Emhoff recently finished producing Ready For War, a feature documentary that premiered in 2019 at TIFF and was acquired by Showtime. Under her leadership, PRETTYBIRD has collected numerous Lions Awards, alongside Grammys and MTV Video Music Awards.

Entertainment Lions for Music - Wyclef Jean, President and Chief Strategy Officer, Carnival World Music Group, USA
Wyclef Jean has written, performed, and produced as a solo superstar and as founder of the Fugees and has been a consistently powerful, pop cultural force for over two decades. In 1996, the Fugees released their monumental album The Score. Since then, Wyclef has released eight albums as a solo artist, that have sold nearly nine million copies worldwide. Jean has previously been on the Entertainment Lions for Music jury and now returns in 2020 as President.

Entertainment Lions for Sport - Ben Hartman, Chief Client Officer, International, Octagon, Global
Ben Hartman is the Chief Client Officer, International, for Octagon, a creative agency with a specialism in sports and entertainment. Ben is viewed as one of the industry’s next generation of leading stars and oversees a team across APAC. Ben has worked on award-winning campaigns on behalf of brands such as Unilever, Standard Chartered Bank and Mastercard, winning numerous Lions at the Festival. He was also a member of the inaugural Cannes Lions Entertainment Lion for Sport jury.

Brand Experience & Activation Lions - Vicki Maguire, Chief Creative Officer, Havas, UK
Maguire is one of the most awarded creatives in the industry today. She is also one of the few creatives to be awarded outside of the industry, picking up a British Comedy Award for The Angina Monologues, a programme that aired on Christmas Day to an audience of 7 million. A vocal advocate of diversity and inclusion, Vicki was the first female chair of Creative Circle and helped set up the Creative Circle foundation; a charity that helps fund students from diverse backgrounds enter the industry.

Creative eCommerce Lions - Tiffany Rolfe, EVP Chief Creative Officer, R/GA, USA
As EVP Chief Creative Officer US, Rolfe champions R/GA’s creative vision across its six U.S. offices. She works in partnership with Richard Ting, EVP Global Chief Experience Officer + US Chief Creative Officer, to lead creative teams that work at the intersection of business and culture to deliver transformational work to global clients. She  is currently on the board of The One Club and the Ad Council Creative Committee. Tiffany is well-known for developing strategic creative solutions that lead to business and cultural impact, and she brings over 20 years of design and creative experience.

Glass: The Lion for Change - Karen Blackett OBE, WPP UK Country Manager and Chairwoman MediaCom UK & Ireland
Karen Blackett OBE is a renowned business leader with a track record in creating vibrant cultures and consistently delivering business growth and success. With over 20 years’ experience at the forefront of the media industry, and after an enormously successful period as CEO of MediaCom UK, in January 2018, Karen became the first UK Country Manager for WPP, the world’s largest communications network, overseeing 14,000 people across multiple operating brands.

Sustainable Development Goals Lions - Eduardo Maruri, VP Global Creative Board & President/CEO Europe, Grey Worldwide, Global
In 2012, Maruri Grey won the first Lion for Ecuador. That Lion, a Gold, sits at the Presidential Palace Museum. In the last 8 years, different offices under his direct creative leadership have accumulated 109 Lions, including 21 Gold, 2 Grands Prix and two Regional Network of the Year recognitions. Maruri is the Founder and CCO of Maruri Grey in Ecuador, as well as President & CEO of Grey Latin America, President & CEO of Grey Europe and VP of the Grey Global Creative Board. Eduardo is a former politician, elected congressman, and member of the Constituent Assembly.

Pharma Lions - Anne de Schweinitz, Global Managing Director, Healthcare, FleishmanHillard, Global
For four years in a row, Anne has been honoured as one of the most influential people in healthcare communications on Medical Marketing & Media and PR Week’s “Health Influencer 50.” In 2016, she served on the Pharma Lions Jury and as Healthcare Jury President for the eurobest Awards. Anne de Schweinitz leads an award-winning team of more than 300 healthcare communications specialists around the world at FleishmanHillard’s healthcare arm.

Innovation Lions - Claudia Cristovao, Head of Google Brand Studio, APAC, Google
Cristovao has previously sat on the Titanium Lions jury and returns to lead the Innovation Lions as President in 2020. She has been a guest speaker at both Cannes Lions and Spikes Asia. Cristovao has worked as a writer, brand developer and creative director for a range of global brands including Google, Honda and AMEX. Her projects scan disciplines from art installations to digital experiences to business transformation and her artwork has been exhibited across the world.

Creative Effectiveness Lions - Ann Mukherjee, Chairman & CEO, North America, Pernod Ricard NA, USA
In her distinguished career, Mukherjee has been the recipient of numerous Lions Awards. She was named by Business Insider as one of the top 100 most innovative CMO’s in the world.  She was also a member of the Cannes Lions Creative Effectiveness Jury in 2017.

Creative Data Lions - Maurice Riley, Chief Data Officer, Digitas, Australia & New Zealand
Riley has led the charge on the development of creative data over the course of his career. He has delivered data-fuelled creative for P&G, BMW, Campbell’s Arnott’s, Virgin Australia, Samsung, and Tourism Australia. Award wins include numerous Lions and he previously served on the Cannes Lions Creative Data Jury. He has been a guest speaker at many conferences around the world.

Creative Strategy Lions - Suzanne Powers, Global Chief Strategy Officer, McCann Worldgroup, Global
At McCann Worldgroup, Powers is responsible for the strategic development of the company and its clients’ brands across all regions and agencies. Under her leadership, McCann was ranked the number 1 advertising agency network for creative effectiveness in the 2019 WARC Effective 100 rankings.

Direct Lions - Sonal Dabral, Chief Creative Officer, South & SE Asia & Vice Chairman, India, Ogilvy, South & SE Asia
Over his 30-year career, Dabral has led agencies to the top position in three different markets across Asia. At Ogilvy Mumbai, he helped drive it to become India’s Number 1 creative agency. He also led Ogilvy Singapore to become Number 1 in Asia, and the third most awarded office in the world at Cannes Lions 2007 – a first for an Asian agency. He has judged or chaired every major international and regional award show and has spoken at major festivals and events across the globe.

Media Lions - Philippa Brown, Worldwide CEO, PHD, Global
As CEO, Brown oversees the running of the global network at PHD Worldwide, consisting of close to 6,000 staff across 100 offices. Brown took the helm in July 2019. Since then, she has been instrumental in transforming the network’s approach to helping brands create and harness ideas that go beyond expectations, as well as ideas that enable them to make the leap above their competitors and enjoy disproportionate growth.

PR Lions - Gail Heimann, President & CEO, Weber Shandwick, USA
Under Heimann’s leadership, Weber Shandwick has won nearly 100 Lions at the Festival, in partnership with leading brands around the world. Gail has served on three juries at Cannes Lions: President of the PR Jury in 2012; a member of the inaugural jury for Glass: The Lion for Change in 2014, and a member of the Titanium Lions Jury in 2018. Gail is chairwoman of the PR Council and she sits on the board of The LAGRANT Foundation.

Social & Influencer Lions - Debbi Vandeven, Global Chief Creative Officer, VMLY&R, Global
Under Vandeven’s leadership, VMLY&R has experienced unprecedented growth and recognition, earning a wealth of top awards. At the 2019 Cannes Lions International Festival of Creativity, the agency received 31 Lions, including two coveted Grands Prix in Glass: The Lion for Change and Social & Influencer categories; 69 shortlists, as well as Agency of the Year in the Reach and Good Tracks. 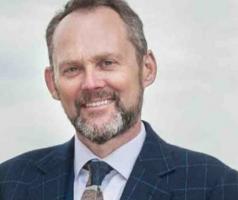 The Cannes Lions International Festival of Creativity has officially launched the 2019 Festival, opening for delegate registration and announcing details around next year’s event. 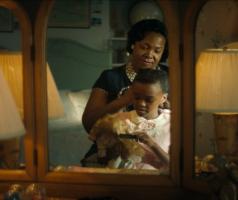 Procter & Gamble had a Grand time at the Cannes Film Lions competition on Friday (6/22) as two of its efforts garnered Film Grand Prix honors: P&G’s “The Talk” directed by Malik Vitthal of... 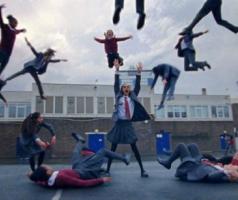 The new Cannes Social & Influencer Lions has its first Grand Prix winner: Nike’s “Nothing Beats a Londoner” from Wieden+Kennedy, London.  A key component of the campaign is a short film--... 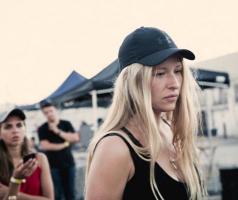 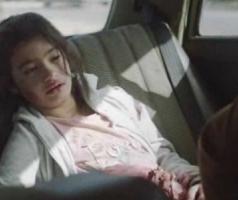