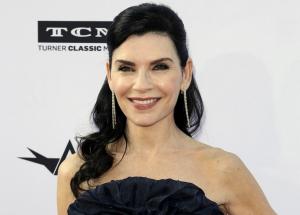 Actress Julianna Margulies knew she was claustrophobic. But she didn't realize just how much until she had to wear a sealed, full-body biosafety suit while filming the upcoming limited series "The Hot Zone."

Margulies had to spend hours in the suit while filming the six-part show about how the deadly Ebola virus appeared on U.S. soil in 1989.

"I hated it," Margulies said in a recent interview. "You immediately start to sweat. You are ensconced in rubber. There's two fans keeping the air ventilating so you can't hear yourself think and you can't hear anyone else, so you're sort of looking at everyone but you're isolated. It's a very lonely, strange experience."

It was so intense, she said, that she cried on camera three times, "not when I was supposed to."

"I'm very claustrophobic," she said. "Didn't realize how much until they zipped that thing up."

But Margulies said the story she was helping tell was worth the stress. She plays Nancy Jaax, a veterinary pathologist with the U.S. Army faced with containing the highly contagious Ebola virus when monkeys shipped from the Philippines began testing positive at a facility in Reston, Virginia.

"What drew me to this story was the fact that Ebola hit U.S. soil in 1989 and I didn't know anything about it," she said. "To me it was always this thing way off in Africa — didn't affect me. When I read the book and the first four scripts they sent me, I realized this is a global problem."

Margulies, 52, said she hopes the show helps shine a light on the problem, and the fact that "we need to stand behind our scientists and start supporting the research.

"Without it, it could be the way we all go," she said. "It wipes out villages in minutes."

Margulies consulted with Jaax about the hazmat suit, asking her how she handled it and what she would think about when putting one on to handle the world's deadliest viruses at the United States Army Medical Research Institute of Infectious Diseases in Maryland.

"I said, 'Were you thinking of your life? Life and death? How were you rationalizing that in your head?'" Margulies said.

"She said, 'Normally I would think about what I needed to buy in the grocery store. Like, what I needed to do after work and what I hadn't gotten,'" Margulies said. "So in a certain way it was also a godsend because it allowed her not to think about her own mortality."

In fact, Jaax told Margulies the suit was her "happy place."

"She could get in the suit, no one was bothering her. She could just do her work and be at peace, and I understand that as someone who loves my work," she said. "A million things can be going on in my life. The second the cameras are rolling or I get to go on stage, I feel the same way."

Margulies, the only regular on "ER" to win an Emmy, scoffed when asked whether she'll get competitive come Emmy time with her former co-star George Clooney, who also has his own limited series coming out this month.

"How could I ever compete with George Clooney?" Margulies laughed. "I would never consider it."

"The Hot Zone" premieres on National Geographic on May 27. 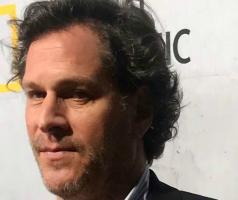 Production designer Mark Hutman is no stranger to the Emmy derby, having been nominated back in 2010 for the Glee pilot. He’s also no stranger to director Michael Uppendahl, with whom he...