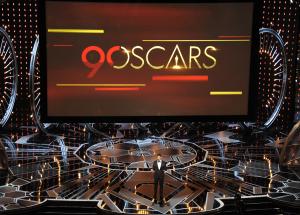 In this March 4, 2018 file photo, host Jimmy Kimmel speaks at the Oscars in Los Angeles. The Academy Awards reached 26.5 million viewers, easily a record low for what is often the second most-watched program of the year after the Super Bowl. (Photo by Chris Pizzello/Invision/AP, File)

After Nielsen's brutal morning-after report cards for the Oscars and Grammys this winter, it's worth asking whether television viewers are losing interest in watching the entertainment industry's most prominent people celebrate themselves.

The Academy Awards reached 26.5 million viewers, easily a record low for what is often the second most-watched program of the year after the Super Bowl. A month earlier, Grammy viewership slipped below the 20 million mark, down 24 percent from 2017 and the music awards show's smallest audience since 2009. Opening night of the Winter Olympics had a bigger crowd than both shows.

That's alarming news for networks that have considered major awards shows to be reliable, DVR-proof live events. Experts suggest the shows aren't immune to the same forces depressing viewership across all of television, with some specific factors that hurt the Oscars and Grammys this year.

By the time the Oscars are done, viewers who follow these things are probably exhausted from awards. Besides the Emmys, Golden Globes and Grammys, the calendar is filled with the actors, producers and directors guild awards, the MTV Movie Awards, the Billboard music awards, the iHeart Radio music awards, the American Music Awards, competing country music organization awards... You get the idea.

There's little novel about celebrities standing on stage with a piece of hardware, thanking God, their spouses and agents.

Big awards shows used to be one of the few chances to see celebrities outside of their work. But the entertainment news shows make that common-place, too, said Tom O'Neil, editor of Goldderby.com, a web site that dishes and predicts winners of big awards.

"The true glut of media that we have out there nibbles at the viewership base of the awards shows," O'Neil said.

Television viewership in general is going down, with more people attracted to streaming services where they can watch programs without commercials and on their own schedules. Young people, in particular, increasingly prefer watching highlights on their devices than shows that stretch past three or four hours. Even Super Bowl ratings have slipped the past few years.

Networks have tried to fix those problems for their shows in general, not just awards shows, without much success. One retired network executive questions whether that trend could be reversed.

"Short of full-frontal nudity, I don't know what they could do," he quipped.

The bad performances of the Grammys and Oscars can't be explained simply by those factors, however. The Golden Globes audience of 19 million in January was 5 percent down from 2017, a decrease roughly on par with what most programs see these days. The Emmy Awards audience of 11.38 million last fall was slightly up from the year before, Nielsen said.

The Academy of Motion Picture Arts and Sciences said on its 2016 taxes that it made $111 million in revenue from the Oscars, illustrating the economic importance of making sure it remains a big event.

Some political conservatives have suggested that a backlash among viewers against liberal celebrities espousing their views contributes to the slump. A Fox News web site headline in January said that the "Trump-bashing Golden Globes" ratings were down. That's a factor hard to measure, however. One of the Globes' biggest stories was an Oprah Winfrey speech some saw as a 2020 presidential campaign-opener. Despite that, Globe ratings didn't nearly go down as much as the Grammys or Oscars.

The Oscars, meanwhile, celebrated movies like "The Shape of Water" that could hardly be considered blockbusters. Couple that with major awards competitions largely viewed as shoe-ins, primarily because of the movie awards circuit that predated the Academy Awards, and the night bordered on the predictable.

A big test can come next year for the Oscars, with the movie "Black Panther" both an enormous success and a critical favorite. That could bring viewers back: the biggest Academy Award ratings ever were recorded the year "Titanic" won best picture.
___
For full coverage of awards season, visit: https://apnews.com/tag/AwardsSeason 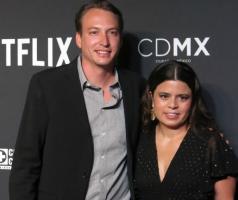 After more than a decade collaborating with the writer and director Alfonso Cuaron, producer Gabriela Rodriguez knew his work inside out. But even she didn't anticipate the universal success his "... 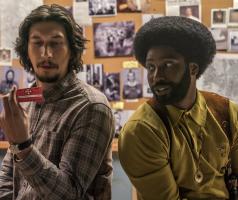 On a year where one of the lead Oscar contenders is titled "The Favourite," the 91st Academy Awards lack a clear front runner.

Normally a fairly predictable process with one or two... 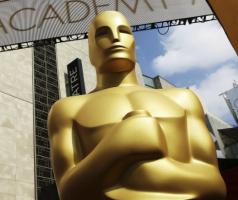 At the glad-handy Oscar nominees luncheon earlier this month, film academy president John Bailey proudly told the 171 nominees in the room that there were a record number of women nominated for... 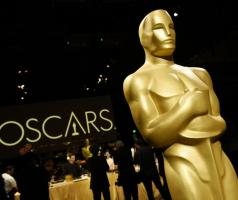 Bowing to a backlash that had threatened to engulf an already blunder-plagued Academy Awards, the Academy of Motion Picture Arts and Sciences on Friday reversed its decision to present four awards... 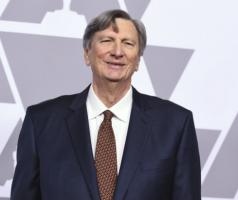 Responding to widespread backlash to the fact that four Oscars--for Best Cinematography, Editing, Makeup and Hairstyling, and Live-Action Short--will be presented during commercial breaks at the...