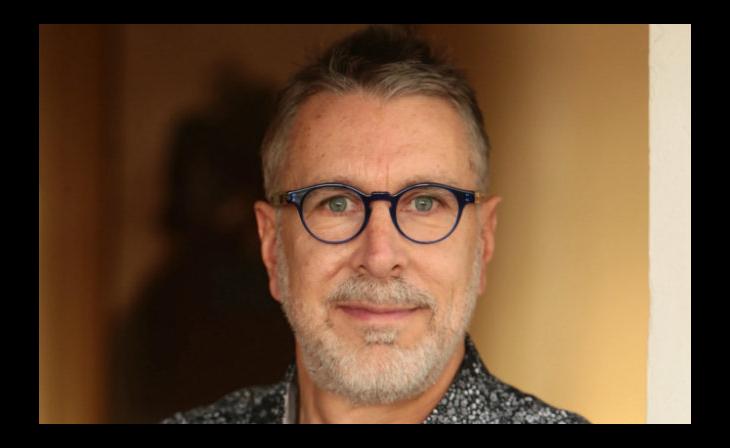 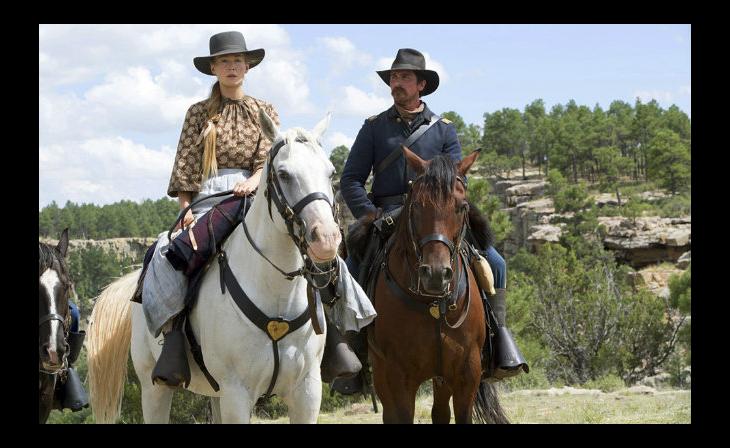 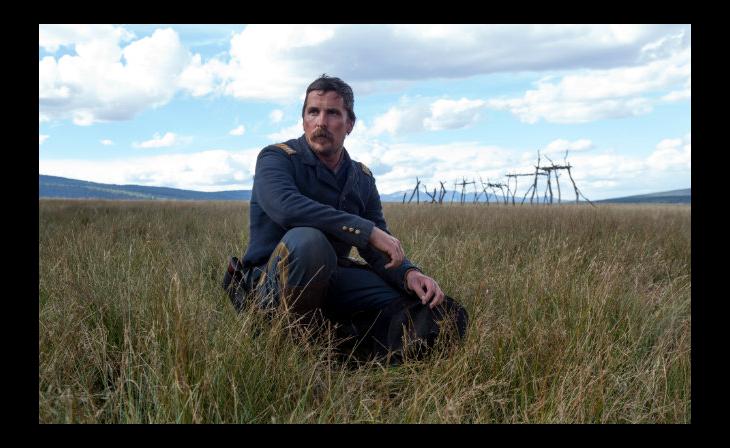 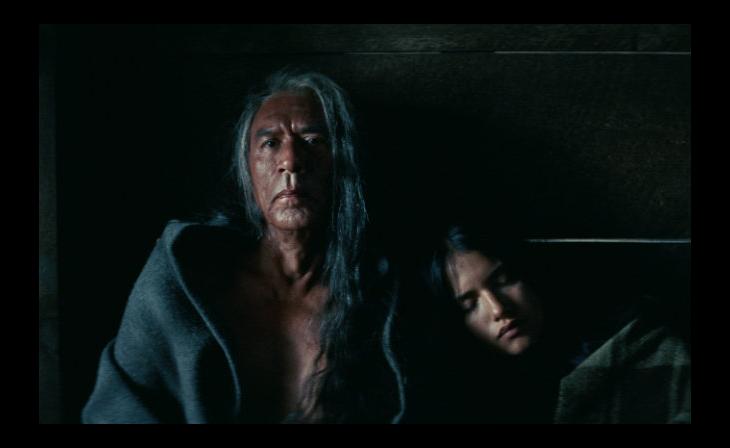 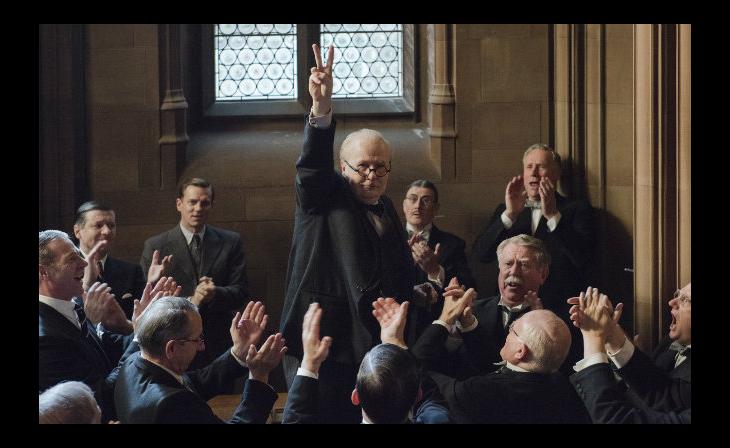 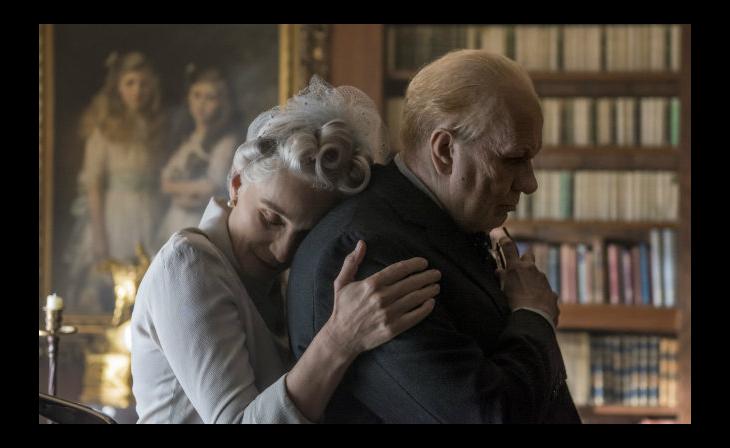 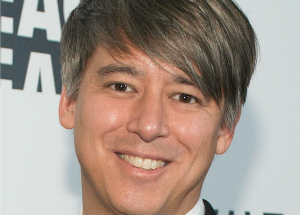 Tom Cross, ACE has an Oscar pedigree, winning for Best Editing in 2015 for Whiplash, and then nominated again two years later for La La Land. Cross also has a collaborative pedigree with writer/director Scott Cooper, serving as an additional editor on Crazy Heart (which won two Academy Awards, including Best Leading Actor for Jeff Bridges), and then reuniting to cut the recently released Hostiles (Entertainment Studios Motion Pictures).

“Working with Scott on his first feature [Crazy Heart], I also had the pleasure of working with my mentor, [editor] John Axelrad [ACE],” related Cross. “During that time I got to know Scott. We kept in touch over the years and I was lucky enough that the stars kind of aligned for Hostiles. I have always been a fan of Scott’s writing and directing. He wrote and directed Crazy Heart. During that time, I learned we had a lot in common in terms of films that interested us and their styles. I got his script for Hostiles. It was great, very powerful. I was finishing up La La Land at the time. Our working together on Hostiles came together very quickly. I went from one old fashioned Hollywood genre, the musical, to another, the western.”

Set in 1892, Hostiles tells the story of U.S. Army Captain Joseph Blocker (portrayed by Christian Bale) who is ordered to escort a dying Cheyenne war chief (Yellow Hawk played by Wes Studi) and his family back to tribal lands. At first Bale’s character wants no part of the assignment, believing that it’s wrong to reward the Cheyenne whom he regards as a savage murderer. But as a cavalry officer, he is compelled to comply and do his duty. Making the harrowing journey from Fort Berringer, an isolated Army outpost in New Mexico, to the grasslands of Montana, the former rivals encounter a young widow (Rosamund Pike) whose family was massacred on the plains. Forced together by circumstance, this group must face punishing terrain and weather, hostile Comanche warriors and various other perils.

This sojourn is more than just physically arduous. It is also emotionally taxing and ultimately enlightening. Each character goes through an emotional journey, particularly Captain Blocker whose hate turns to understanding and empathy, reversing course on convictions he’s held for seemingly his entire life.

“Scott wanted this film to be a psychological portrait,” shared Cross. “Scott is a big fan of westerns. He loves John Ford. But with this film Scott wanted to be careful to not lean on too many tropes and cliches of the traditional western film. He wanted Hostiles to be more of a psychological story than a traditional western film. He wanted to tell a story about racial and cultural divides that would resonate with what is going on today, that would help to promote conversations about inclusion. So we really had to think about how we were going to make this film more psychological.

“One way of doing that,” continued Cross, “was to really focus on the characters more, to experience the world and the violence through their eyes. In terms of cutting, Scott wanted me to steer away from creating the swashbuckling action you might see in more traditional westerns. The violence needed to seem more brutal and savage. We at times would show the violence through the fearful faces of some of our characters rather than just have it be about the action. For example, when Rosamund Pike is hiding in the brambles, we suggest fear by looking at her face rather than showing the Comanches looking for her.”

Cross explained that “one of Scott’s strategies was to hold back on too much detail. We would hold back closeups of Native American characters at the beginning of the story. Once in the editing room, we wanted to enhance Captain Blocker’s ignorance by withholding cinematic information, showing the Native Americans at a distance, not having any shots where you might start to empathize with Yellow Hawk and his family. Our story is told through Blocker’s eyes. It was set up so that we could see Yellow Hawk and his family’s point of view emerge slowly and subtly as the story advances. You can feel it emotionally by the time you get to the end of the journey. The very first shot of Captain  Blocker’s face, which we hold on, allows us to study how hard this person is. It’s a stonewall face. But as the film moves on, his face starts to thaw out and change.”

Shorthand, lessons learned
Cross noted that working with Cooper previously meant that they “already had a shorthand” when reuniting on Hostiles. “That was great, a big advantage. I went to Santa Fe and started editing dailies while they were shooting. He’d call me, text me, ask what I thought of the dailies coming in. We were able to kind of start a creative dialogue while he was shooting the film.

“By the time he wrapped the cinematography [by Masanobu Takayanagi, ASC], we moved to New York to edit,” continued Cross. “Scott and I were already on the same page in terms of the direction we wanted to take the film. He is a dream to work with.”

Regarding the biggest takeaway or lessons learned from his experience on Hostiles, Cross shared, “The film was a journey in many different ways--for the characters, the geographic journey across vistas and landscapes, the journey of their souls. Our hope in terms of the editing was that we would suggest that journey of their souls by kind of creating a measured and patient editing scheme of dissolves. The film was also a bit of a journey for those who worked on it. When we started out on the film, certain things started happening in our culture and politics. By the time we had finished, things had moved to darker and more extreme places. For me, the messages that the story conveys resonated all the more.”

Cross observed that while La La Land and Hostiles are “very different films,” both of them “have for me some sort of connection to what’s going on in the world. One is an escape from what’s going on, the other is a direct commentary about what’s happening. There’s a dialogue between my work and what goes on in the world--it’s a dialogue that at the very least goes on in my head.”

Craig Berkey Reflects On Hostiles, Darkest Hour
Like editor Cross, audio maestro Craig Berkey brought an Oscar track record to Hostiles, with three nominations based on his collaborations with the Coen brothers--for Best Achievement in Sound Mixing for No Country for Old Men in 2008, and then both Sound Mixing and Sound Editing nods in 2010 for True Grit. Berkey noted that his work on True Grit led Cooper to seek him out for Hostiles.

As sound designer on Hostiles, Berkey said that the film, though also a western, had “a completely different feel than True Grit.” Berkey described Hostiles as “atmospheric,” coming and going with nature. “When you’re standing out in wide open nature, the wind blows but doesn’t do the same thing at any one time. It ebbs and flows, and it’s that variation that keeps things interesting.”

Hostiles, though, isn’t the sole film that has placed Berkey in awards season banter. He also served as supervising sound editor and re-recording mixer on Darkest Hour (Focus Features), director Joe Wright’s film highlighted by Gary Oldman’s tour de force performance as Winston Churchill when he becomes Prime Minister of Great Britain with World War II on the horizon. He’s faced with pursuing a negotiated peace treaty with Nazi Germany or fighting against an imminent invasion by Germany’s war machine. Churchill’s leadership and mettle are put to the test as he must deal not only with the Nazis but also an unprepared British public, a skeptical King and his own party plotting against him. Darkest Hour goes beyond the history books, exploring Churchill’s personal self-doubts as the fate of the free world stands in the balance.

Darkest Hour also marked a return engagement for Berkey with director Wright, their first collaboration coming years back on Chanel commercials in London. The duo then took on features, the first being The Soloist followed by Hanna, Anna Karenina and Pan.

For Pan, Berkey noted that the sound was about getting it down to “the simplest form we could to best tell the story.” That approach applied to Darkest Hour with action taking place within strict confines such as Churchill and his colleagues in the war room. “We went with the least amount of sounds we could put in and still be effective,” said Berkey.

Still, those sounds had to be historically accurate. “We had the calendar running through the film,” pointed out Berkey. “We had a consultant research what military actions were happening on the days we re-created. All the people in the background were talking about actual events that took place on those particular days.”

There was also a moving scene when Churchill goes directly to the people of England to get their thoughts and feelings on the crisis at hand. He goes down to the London Underground transit system on his own to meet folks face to face, riding with them for one stop on the subway. “We had to make the subway sound start up and disappear at times in order to properly pay attention to the actors and what’s going on. Visually the carriage was shaking. The first time I watched the scene was when they were cutting it together. I thought, ‘wow, that took a long time to get to one stop on the subway.’ We had to keep the sound real yet accommodate the great performances of the cast.”

Berkey observed that directors Wright, Cooper, Joel and Ethan Coen “know how to use sound in film as a tool. It’s not just music. They are always thinking how does sound become integral to the scene. Joe is thinking about sound and picture the whole time he is reading a script. In No Country for Old Men, sound was there from the beginning for Joel and Ethan. You can’t just shoehorn it in later. These filmmakers all fully realize that.” 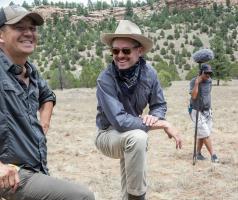 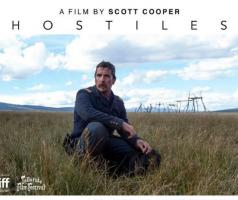